NBA rumors: What the Philadelphia 76ers could realistically offer in James Harden trade 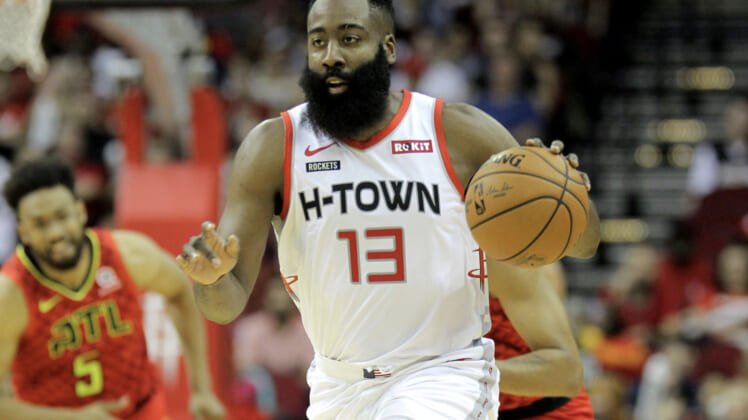 The Philadelphia 76ers have been linked to a potential James Harden trade on never-ending loop over the course of the past month. It makes sense in that new 76ers front office head Daryl Morey just recently left his post as the Houston Rockets’ general manager and enjoys a good relationship with Mr. Harden.

However, there’s obviously logistical concerns as it relates to Harden landing with one of his preferred teams, the Philadelphia 76ers. Morey and Co. are not willing to give up either Ben Simmons or Joel Embiid in any potential Harden trade.

That would make things rather difficult for Philadelphia to land Harden. Here, we look at realistic offers the 76ers could make, sans Simmons and Embiid, to land Harden.

Any move would require Philadelphia sending at least three unprotected first-round picks to the Rockets. Heck, the New Orleans Pelicans landed three first-rounders and two pick swaps from the Milwaukee Bucks in the Jrue Holiday trade. As good as Holiday might be, he’s no James Harden.

Secondly, Tobias Harris and his bloated contract would have to head to Houston in order for the salaries to work under the NBA’s soft cap. From there, the Philadelphia 76ers send young guards Shake Milton and Matisse Thybulle to Houston. Here’s a break down.

Again, we have absolutely no idea if this a trade the Rockets would agree to. Rightfully, they are said to want a huge bounty for the reigning three-time NBA scoring champion.

Recent NBA rumors suggest that Harden is now open to a move to other contenders outside of the Philadelphia 76ers and Brooklyn Nets adds another layer to this. Realistically, teams such as the Nets and Golden State Warriors could offer up a better package than the one bandied about from Philadelphia above.

For the Nets, that would include sending Jarrett Allen, Spencer Dinwiddie and Caris LeVert to Houston. As it relates to the Warriors, a package surrounding rookie No. 2 pick James Wiseman and the Timberwolves’ top-three protected 2021 pick would make sense.

As it stands, we’re going to hear a lot more NBA rumors surrounding a potential James Harden trade to the Philadelphia 76ers. We just don’t know if it’s possible without Morey and Co. offering up Embiid or Simmons.