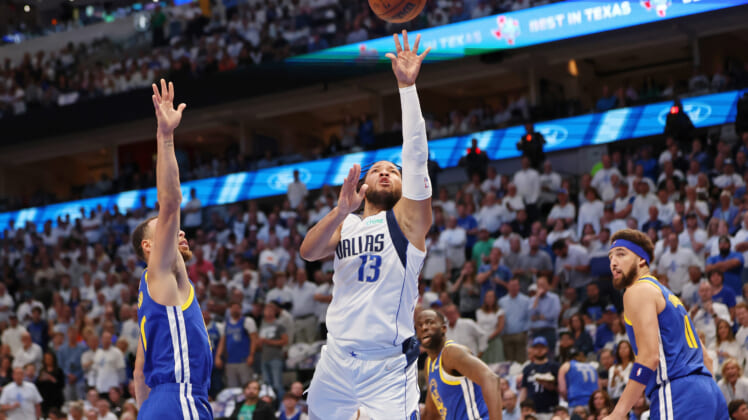 It turns out, the Dallas Mavericks aren’t the only ones who have beef with the New York Knicks signing point guard Jalen Brunson in free agency.

The NBA has been busy with investigations lately. First it was the Philadelphia 76ers for raising red flags with the James Harden signing, but they’re not the only ones.

According to Yahoo’s Chris Haynes, the NBA has also opened up an investigation into the Knicks’ signing of Brunson.

What did the New York Knicks do wrong with Jalen Brunson signing?

Obviously I don’t have access to what took place behind the scenes, but it wasn’t hard to connect the dots as NBA free agency unfolded. We had already been hearing word of Brunson being the top target for the Knicks weeks ahead of the legal signing period.

In fact, there were even suggestions well ahead of time, providing specific year and dollar amounts as speculation about a Brunson to the Knicks deal generated smoke.

Then, before free agency officially opened on June 30 at 6 PM ET, news had already broke of the Knicks signing Brunson to a contract, which ended up being worth $104 million over four years. That shouldn’t have even been possible yet, as 6 PM was the time when teams could begin negotiating contracts, not signing them.

At the same time, this isn’t all that uncommon. Teams frequently manage to conduct business under the table, magically coming to terms with several free agents within an hour of free agency. We see it in every sport, the NBA is no different. That’s what makes the NBA’s investigation into the Knicks a bit fascinating.

Whatever happens, if the Knicks are found guilty, don’t expect a severe punishment. All the league does is slap the organization with a fine, while maybe stripping a second-round pick. Big deal.

The point is, Jalen Brunson wanted to be a Knick, and now he is. Who cares how it happened. Well, maybe the Mavs care, if they want to feel bitter about it. Yet, even Mark Cuban indicated the Knicks didn’t do anything wrong, he just would have preferred a chance to make a counter-offer. But Brunson already made his decision.