NBA expansion could be coming to Seattle and Vegas after 2024 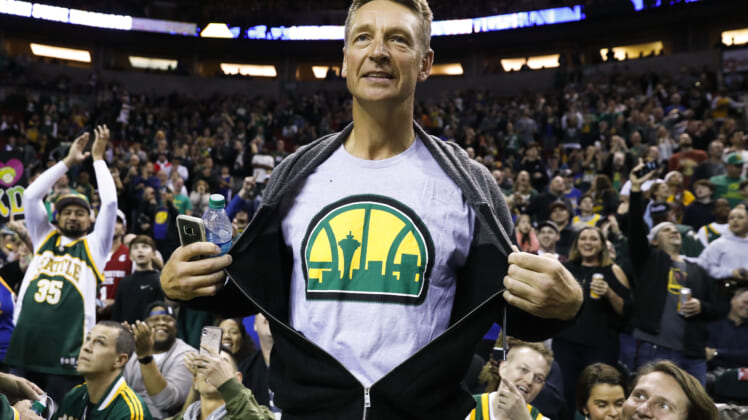 Ever since the NBA transformed the Seattle SuperSonics into the Oklahoma City Thunder back in 2008, there’s been a desire to bring a basketball franchise back to the historic location on the west coast. But it won’t be the Thunder. Instead, we could see a couple of NBA expansion teams to bring the league’s number of teams from 30 to 32.

According to John Canzano, the league is expected to announce two new expansion teams once the association’s current TV media rights deal expires after 2024. The two expected locations are Seattle and Las Vegas.

What bringing basketball to Seattle and Vegas means for NBA

We’ve already seen the popularity of the SuperSonics, and the league’s been up front about wanting to return since. While previous rumors suggested it could take another team away from their existing location, it makes much more sense to add two more teams to the league with the game’s growing popularity around the nation.

Each team already has a few stars, which means there’s likely enough talent to fill out two more professional teams without impacting the parity around the league.

With a new media deal, revenue will only continue to grow and two more arenas generating ticket sales will lead to even more income. There’s no reason to think a couple more franchises can’t find success.

We’ve seen Vegas add the Golden Knights, while moving the Raiders from Oakland. Both teams have enjoyed success in the desert, and we’ve even seen the NBA take center stage in Vegas with the annual NBA Summer League proceedings, there’s already a foundation for basketball, why not kick it into high gear?

Not to mention, the SuperSonics should have never left Seattle, that’s a wrong the NBA needs to make right, sooner than later.