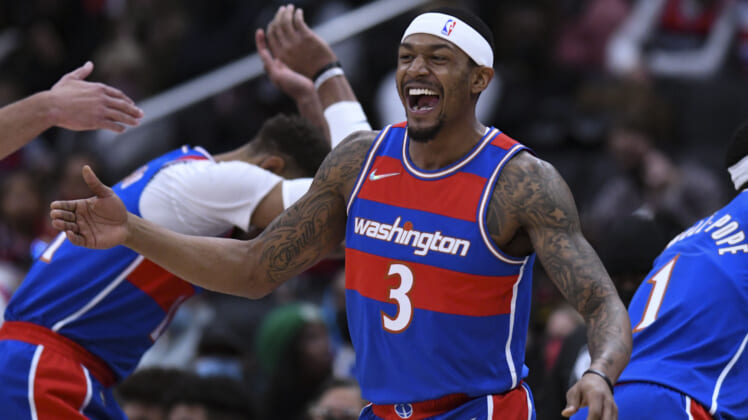 It’s been three seasons since Bradley Beal has made it through a full season, having dealt with various injuries that have kept him off the court. Still, there’s no one questioning Beal’s scoring ability when he is healthy, having two seasons averaging 30-plus points per game. He’s a certified star, who’s had his name circulated in trade rumors for several seasons due to Washington’s inability to become a contender.

Now, Beal finds himself entering the final year of his contract, where he’s set to earn $36.4 million after he picks up his player option to stay with the Wizards. Understandably, both Beal and the Wiz are looking to reach an agreement that keeps Beal in Washington longer than just the 2022-23 season.

With Beal eligible to sign a new deal, developments on his contract front are likely to come later this summer.

According to Ava Wallace of The Washington Post, Beal is “leaning toward” signing with the Wizards this summer, and if so, it’s expected to be the richest contract in NBA history.

As Beal enters what will be his 11th season in the NBA, now 28, he’s eligible to sign a five-year extension worth $245 million. This deal would top the contract Giannis Antetokounmpo signed a year ago when he agreed to his five-year, $228 million agreement.

For most, hearing that Beal could have the best contract in the NBA is absolutely asinine. He’s not a two-way player who makes an impact on defense, and he’s never brought his team past the Eastern Conference Semifinals.

Yet, no one would argue that Beal is among the best scorers in basketball.

In reality, this is just how contracts work in the NBA. Beal may be in line to receive the largest contract in basketball history, but he will surely be passed by next offseason. At this point, the Wizards likely would pay whatever it takes to keep their three-time All-Star around.