Ty Dillon continues to be "very positive" about his future in NASCAR while he works through options for 2023. What organizations would make sense for Dillon? 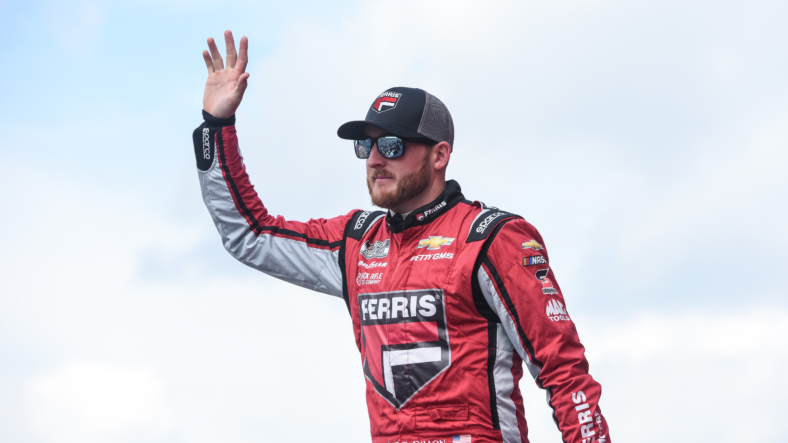 Ty Dillon returned to the NASCAR Cup Series for the 2022 season after being out of the series on a full-time basis when his former team, Germain Racing, closed up shop and left the sport at the end of 2020.

Now, Dillon finds himself out of a ride again due to Petty GMS Motorsports signing Noah Gragson. Why does Dillon remain hopeful and where could he land?

Ty Dillon talks about his search for a ride next season

Ty Dillon currently drives the No. 42 car for Petty GMS Motorsports; however, that will change at the season’s end after an announcement in July 2022 which leaves Dillon looking for a new home.

It was not a pretty regular season for Dillon, but things started to turn around as it went forward. Following the regular-season finale, the driver of the No. 42 car totaled one top-10 finish and a 21.7 average finish.

The 30-year-old sits 29th in the point standings, but without a 35-point penalty for a violation at Pocono Raceway, he would be in 27th place. Still, it’s not great when his teammate Erik Jones is currently 18th in the standings.

While it has not been the year that either party expected, Dillon continues to be hopeful about thinks the best has yet to come in his NASCAR career.

“Things are looking good. You still got to keep finding good partners that believe in me and believe in my future, and also the teams that we’re working with. We’re still putting things together, but I’m very positive, very hopeful, and grateful for all the opportunities that are coming. I’m really excited for what’s to come. It’s gonna be good.”

It sounds like Dillon has options at his disposal and while there might not be a NASCAR Cup Series organization that has an available seat better than Petty GMS Motorsports, an opportunity can go a long way.

There is no reason that Dillon can’t move down to the NASCAR Xfinity Series if a good opportunity in winning equipment presents itself. The 30-year-old driver has done well in the series and gotten close to the Championship 4.

On that note, let’s dive into some organizations that would really make sense for Dillon for the 2023 season and beyond.

Dillon is currently looking for an opportunity next season and while there might not be many available seats, there are good options to continue his career in NASCAR.

The options in the NASCAR Cup Series are not very attractive, so Dillon’s next best option is to move back to the NASCAR Xfinity Series for the 2023 season and see if he can reignite his career.

The best option for Dillon would be the No. 9 car for JR Motorsports as Noah Gragson left for the Cup Series. Ironically, it would end up being a ride swap, but would Dillon bring enough funding, and does JR Motorsports want a veteran driver?

It would be a dream scenario for the 30-year-old driver to step into top equipment within the Xfinity Series. It could allow Dillon to become an Xfinity Series regular year after year like Justin Allgaier. 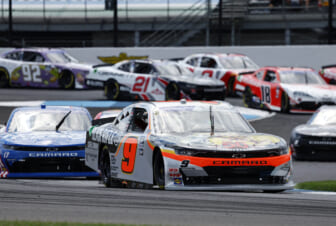 Also Read:
JR Motorsports: Potential options for the No. 9 car

If not, Big Machine Racing would represent a good option for the 30-year-old driver as the No. 48 car is winning equipment, as shown by Tyler Reddick at Texas Motor Speedway earlier in the season.

Dillon got a start in the No. 48 car at New Hampshire Motor Speedway and brought it home with a very respectable sixth-place finish. There’s no reason why Dillon couldn’t make the playoffs in the vehicle.

Another option could be Sam Hunt Racing and the No. 26 car for the organization’s first full-time driver. Dillon would make his return to Toyota Racing and would almost certainly make the playoffs with quality equipment.

Finally, Our Motorsports would be a decent option if Dillon wants to have a ride for next season. The organization has continued to grow and come close to contending, but they are still looking from the outside when talking about the playoffs.

Dillon will pilot the No. 02 car for Our Motorsports in the Xfinity Series race at Darlington Raceway, so if he impresses over the weekend, it could open that door after Brett Moffitt parted ways with them.

There are many options available for Dillon and while it might not be the Cup Series, they represent opportunities to come back to winning ways in NASCAR overall.