NASCAR: RFK Racing plans to expand to 4 cars in the future

RFK Racing has long-term plans of expanding to four cars in the NASCAR Cup Series. Read what team owner Brad Keselowski had to say about the possibility. 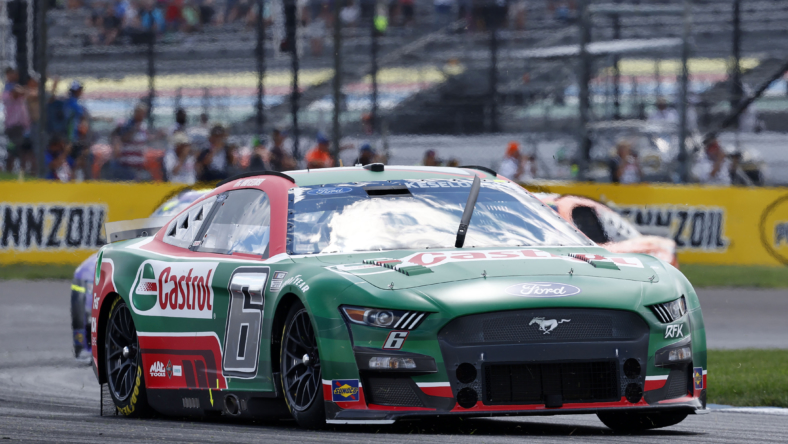 RFK Racing had a pretty solid end to the 2022 NASCAR season as Chris Buescher won the Cup Series playoff race at Bristol Motor Speedway and Brad Keselowski finished the playoffs with the 16th most points overall.

However, there was an even bigger topic that may have not been covered to the extent it should have been during the year. According to Keselowski, RFK Racing has a long-term plan of expanding to four cars in the future.

This was stated after Buescher’s win at Bristol in mid-September. The last time RFK Racing had four cars was in 2011 when Carl Edwards, Matt Kenseth, Greg Biffle, and David Ragan were a part of the organization.

RFK Racing used to be a dominant force within NASCAR all the way until the start of the 2015 season. The organization won at least one race in 18 straight seasons before this point in time.

However, a new streak began as the organization went two years without a victory until Ricky Stenhouse Jr. claimed two superspeedway track wins in 2017. Then, it was a quiet four seasons until Buescher’s victory at Bristol.

Keselowski understands the success that RFK Racing has seen in the past and wants its glory days to no longer represent the organization’s success.

“(RFK Racing) wants to get back to being at least a four-car team. That’s been our goal all along. Before you can get to a four-car team, you’ve got to get to a three-car team. Before you can get to a three-car team, you have to be relevant as a two-car team…Obviously, we’re not in the playoffs with either of our cars, so we have more work to do. But our stated goal internally is to get back to being a four-car team. That’s not going to happen if you’re not winning races and you’re not relevant as a two-car team.”

Brad Keselowski on the future of RFK Racing

RFK Racing did improve over the course of the 2022 season. The team is setting the standard that it needs to be relevant and winning races as a two-car organization before it moves to three or four cars.

Well, it certainly appears those days could be coming soon. Keselowski showed speed at the end of the year and could have won a race or two if circumstances fell right. RFK Racing is certainly on the rise as both drivers could be in a position to make the playoffs next season.

The future is bright and it is due to the commitment that everyone has to win within the organization. It might take some time but RFK Racing should be back on the map sometime soon.