NASCAR returns to Milwaukee, other notable changes on the 2023 schedules

The schedules for the 2023 NASCAR season have been leaked and there are some big differences. Check out the most notable changes from 2022 compared to 2023. 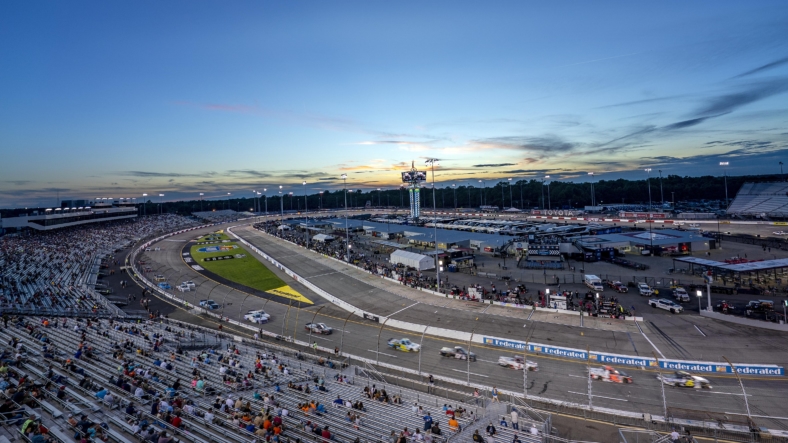 The NASCAR Truck Series returns to the Milwaukee Mile Speedway, according to the leaked schedules by The Athletic. It will be the first time the series has competed at the venue since the 2009 season.

Ron Hornaday Jr. won the final race at the track for the Truck Series but it now returns to the schedule 14 years later. This is the most notable difference between the 2023 schedule compared to the 2022 schedule.

Check out the rest of the notable changes on all three NASCAR schedules below.

NASCAR: Notable changes on the 2023 schedules

The final NASCAR weekend on the two-mile layout for Auto Club Speedway will take place in 2023. It is a shame to see the speedway go through with its plans to reconfigure the race track but the idea of another short track is a positive.

The Chicago Street Course will feature both the NASCAR Cup and Xfinity Series, but not the Truck Series. This is new as the Xfinity Series was not previously announced to compete on the circuit.

The NASCAR playoffs will remain the exact same for the Cup Series after movement in the last several years. The cut-off races will remain the same and the championship will be decided at Phoenix Raceway.

After Texas Motor Speedway lost its All-Star Race date to North Wilkesboro Speedway, it was assumed the track would take a second date off the schedule for another venue, thought to be Richmond Raceway.

However, Richmond Raceway will keep its two dates with the second race being moved from August to July next year. Texas Motor Speedway will stay with one date in the playoffs and not replace the first weekend.

The first race at Martinsville Speedway will no longer take place on Saturday night and move to Sunday afternoon. NASCAR has decreased the number of night races over the years and this is another sign of it continuing forward.

Unfortunately, the Truck Series will only run a single dirt event after Knoxville Raceway has been removed from the schedule. Bristol Dirt will continue its presence in NASCAR and be the only dirt race across all three series.

The schedules are seeing some movement but not much for the Cup Series outside of the All-Star Race and swapping Road America out for the Chicago Street Course.

The playoffs staying the exact same is a bummer but it is set up well enough for it not to be a concern outside of the championship still being decided at Phoenix Raceway.