NASCAR is set to make an announcement on Sunday, October 2 at 12:15 PM ET. The specifics behind it are unclear but it appears to involve another racing series. 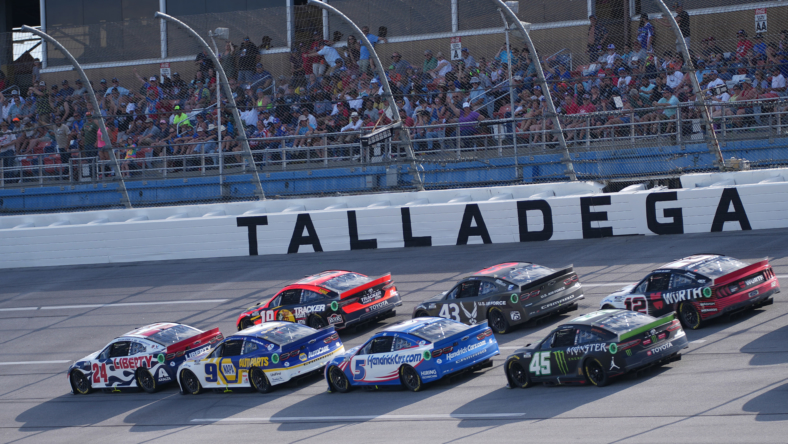 NASCAR is poised to make an announcement on Sunday, October 2, 2022, at 12:15 PM ET before the Cup Series race at Talladega Superspeedway. This was reported on Wednesday afternoon in the week leading up to the event.

There has been speculation on social media about the nature of the announcement, including a possible renewal with Goodyear and NextGen car safety. However, this doesn’t appear to be the case as another rumor has come to fruition.

The announcement is rumored to involve NASCAR and the USAC.25 Series, with the news being labeled as “the greatest leap for the quarter midget sport in history.”

The exact details of the announcement are still unclear, but it seems pretty set that the United States Auto Club (USAC) will be involved on Sunday. What exactly is the USAC.25 Series?

The USAC.25 Series is designated for kids aged five to 16 years old as they compete in sanctioned quarter-midget clubs nationwide. The size of the car is 25 percent, one-fourth, of a full-size midget car. The racing series was launched in 2008.

Some of the details within the announcement include it being a “new era” for every quarter-midget racer nationwide as it will bring “incredible exposure and opportunities.”

Obviously, this is set to be a major announcement that will appear to shake the quarter-midget world. There have been rumors that suggest it could be an alignment for every national event to be held alongside NASCAR events. It could also be NASCAR buying the racing series. Coincidentally, this wouldn’t be the first time the sport bought a racing series at Talladega Superspeedway if this were to be the case.

NASCAR announced that it had bought the Automobile Racing Club of America (ARCA) Series on April 27, 2018, at Talladega Superspeedway with a commitment to the next generation of race car drivers.

The two series had shared a relationship for over 60-plus years at the time of the purchase as it was designed to give the series sustainability and a bigger platform for drivers looking to make it to the top level of stock car racing.

However, the first idea of USAC.25 Series events lining up with NASCAR events could be more realistic. As stated above, the exact reasoning behind the announcement still remains unclear at this point in time.

You can catch the announcement live on NASCAR.com or the USAC.25 Facebook page on Sunday, October 2 at 12:15 PM ET. Stay tuned for more updates as further information comes out.