Answering questions on Kyle Busch's future in the NASCAR Cup Series, the return of North Wilkesboro as the sport's All-Star Race, and more. 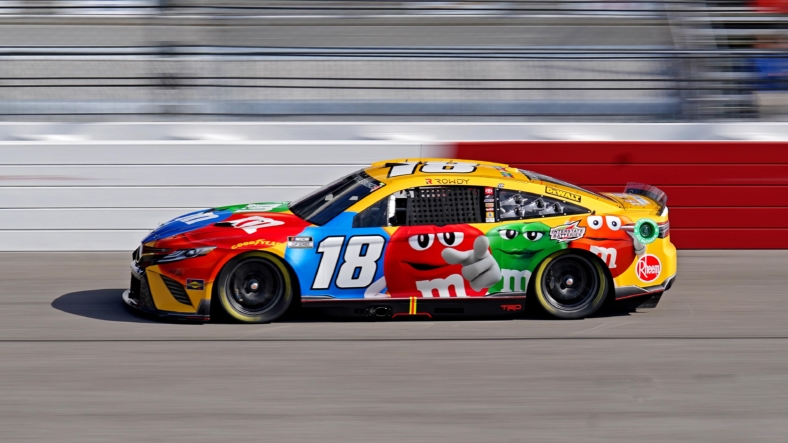 As NASCAR begins its descent into the depths of the playoffs, major news is coming out for the 2023 season and beyond. Let’s dive into the questions being answered in this week’s NASCAR mailbag.

It was reported on Thursday night by Sports Business Journal’s Adam Stern that Kyle Busch’s likely destination for the 2023 season is Richard Childress Racing. It’s certainly not something that was expected coming into the season.

Frankly, it is very disappointing for Busch and Joe Gibbs Racing to split up now. Busch won the first points-paying race for Toyota in the Cup Series and when people think of Toyota drivers, they will think of him.

This was a massive failure for both sides if the goal was to continue the partnership. If not, then it is a disappointment to see one of NASCAR’s most successful pairings come to a close on such a sour note in the public’s eye.

People may not understand just how much the landscape of NASCAR is shifting by this potential heist from Richard Childress Racing. The NASCAR Truck Series is going to drastically change just because of one decision. 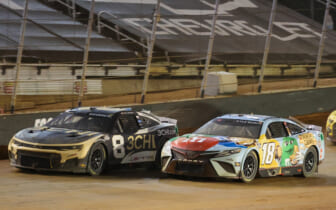 However, sticking with the Cup Series, there is no reason why Busch can’t win a championship with Richard Childress Racing. Tyler Reddick represents the organization’s best shot this season and it’s definitely not unrealistic.

While the 37-year-old driver would have an equipment downgrade, maybe a change of scenery is what’s needed to revive his career back to what it once was before the 2020 season. It’s not a total throwaway to the rest of his career.

Either way, it’s still a possibly shocking development for the NASCAR world. No one could have seen this coming. A day where Busch is no longer a Toyota driver at the top level.

It truly never felt like North Wilkesboro Speedway would reach this point, let alone this quickly. It is amazing to see how fast this process for the venue took place after just re-opening again.

If not for FOX Sports wanting NASCAR to move the All-Star Race from Texas Motor Speedway, the sport might not be in this position right now. It is a grand slam for everyone involved.

Sure, people are going to start chipping about how they want North Wilkesboro Speedway as a points-paying race, but having it take place on All-Star weekend is special for such as historic site.

They likely don’t need to bring North Wilkesboro Speedway back as a points-paying event. It doesn’t need to happen as long as NASCAR is utilizing it as an exhibition event. This makes its return feel even more special.

Only the best NASCAR drivers get the opportunity to win an event at the track. It feels right because there is so much history and glamor from the local racing that it will feel very electric.

The rest of the schedule should be coming soon after it was delayed for reasons suspected to be related to the All-Star Race. It was definitely worth waiting to watch it all unfold before our eyes.

This gives the All-Star Race meaning that it has been lacking for years. For the first time in a very long time, it feels special again.

Evaluating NASCAR’s ability to listen to its drivers

This has been a major topic of conversation when it relates to the latest developments around NASCAR. Many drivers have been very outspoken about the issues the NextGen car has been causing them.

There have been numerous fires within the Ford camp and the impact of crashes has felt worse than any previous generation for the veteran drivers. With all that said, NASCAR is working on it.

Kevin Harvick might have said that NASCAR is not listening but there is only so much the sport can do right now. It might seem easy on the surface to make some changes, but it’s not an overnight process. 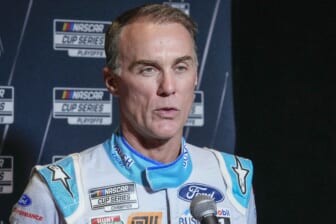 Sure, the sport sent out new rules to help with the fire situation but the impact of crashes is much harder to accomplish and it’s easy to overlook that fact. People are working through everything.

If NASCAR wasn’t listening to the drivers, there would not be a 670 horsepower package right now because the drivers were very vocal about their desire to increase horsepower, especially Harvick who is still pushing for even more.

NASCAR might get a lot of criticism for things they may decide and sometimes they are simply wrong. It was wrong to go to the 550 horsepower package, it was wrong to throw the green at New Hampshire Motor Speedway in 2021, etc.

However, that same energy needs to be kept when they make a good decision and sometimes those good decisions take more time, which is what we saw with North Wilkesboro Speedway.