NASCAR could possibly run a Las Vegas street course on The Strip in the future if the Formula 1 event goes well, according to Adam Stern. 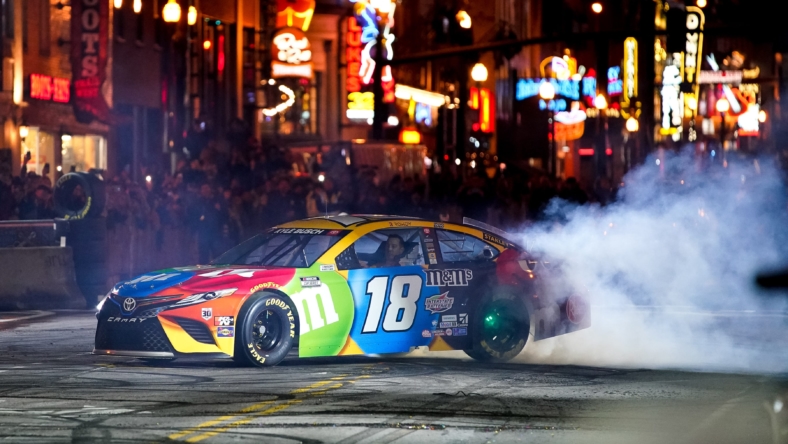 NASCAR has been bold with its decision-making related to the schedule in previous years. The Busch Light Clash in Los Angeles, the return of North Wilkesboro Speedway, and the Chicago Street Course are all great examples.

However, there is another possibility for a major race if the new Formula 1 event goes very well in 2023. According to Las Vegas Convention and Visitors Authority CEO and President Steve Hill, NASCAR could attempt a street course race on the Las Vegas Strip in the future.

This news comes from Sports Business Journal’s Adam Stern on Tuesday night. It would be a major event for NASCAR as Las Vegas represents one of the United States of America’s most famous nightlife atmospheres.

NASCAR has been receiving interest internationally while other cities in the United States are expressing their desire for the sport’s competition. Chicago and Los Angeles are among the first cities that have held new events for the sport.

The racing series has never attempted an event on a street course but that wall is set to break down when the Fourth of July Weekend enters the scene in 2023. The event is promised to be nothing like any NASCAR race before.

Now, Las Vegas could have its eyes on NASCAR moving forward. This is what Hill said about the possibility of the racing series competing on The Strip and other events if Formula 1’s new race goes well.

“I think that would be something that everyone involved would at least have some interest in discussing.”

As stated above, this would be a major development for the future if the Formula 1 event runs smoothly. NASCAR currently competes at Las Vegas Motor Speedway twice a year but if a street course were to ever come to fruition, it makes sense to replace the first race at the venue.

It appears the people in charge are going all out for the Chicago Street Course and other cities will see how it transpires during that weekend. If it goes really well, the door is opened for even more opportunity as the sport grows.

Hopefully, that is the case and Las Vegas comes knocking to gamble on the sport’s ability to put on a show on The Strip.