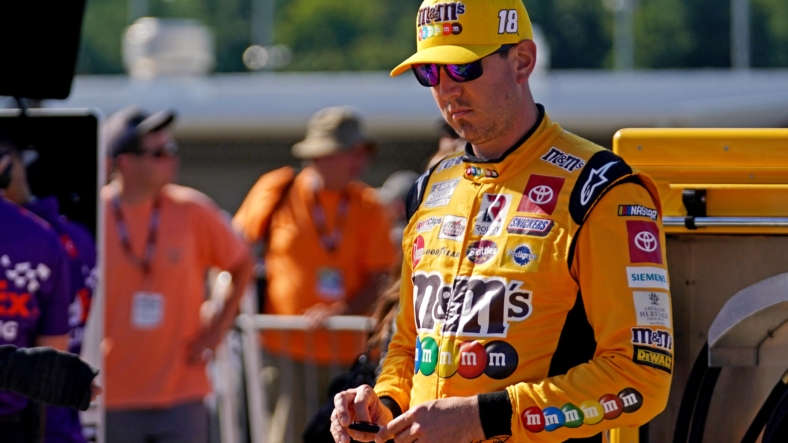 The NASCAR Cup Series races at Darlington Raceway this weekend for the first event of the 2022 playoffs. However, during the practice session for Group B at Darlington, former NASCAR driver Dale Earnhardt Jr. talked about Kyle Busch.

Earnhardt stated he thinks Busch will end up taking his talents to Kaulig Racing, but it is still to be determined. The broadcaster talked about how Matt Kaulig would be able to afford his services.

Kaulig Racing has discussed the possibility of entering the NASCAR Truck Series and while this free agency process is about Busch, the Truck Series has a direct impact on his next destination.

The 37-year-old driver has been on record saying that his free agency process has been “80 to 85 percent harder” because of Kyle Busch Motorsports, which is his organization in the Truck Series.

It is currently supported by Toyota Racing but if he were to move to Kaulig Racing, it would need to be changed to Chevrolet. This would really help the manufacturer’s presence in the series as it has been weak in 2022.

As for what would need to happen for Busch in the NASCAR Cup Series, Kaulig Racing currently fields two full-time teams. Justin Haley pilots the No. 31 car while A.J. Allmendinger, Noah Gragson, and Daniel Hemric split the No. 16 car.

Busch would either slide into the No. 16 car, which seems likely if it occurs, or Kaulig Racing would buy another charter to have three full-time teams. If they wanted to maintain a car of part-time drivers, that would be the move.

It has been written before about how Busch and Kaulig Racing would be a great partnership for the 2023 season and beyond, but this is one of the first times someone major has made a prediction that he would join the organization. 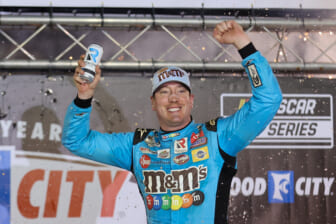 The current driver of the No. 18 car did not put a timeline on his decision but the sooner it comes to fruition, the better it will be for everyone involved. It doesn’t mean an announcement needs to be right away though.

Busch is the major domino in the silly season process and currently sees himself holding up other moves, which is something he admitted during media day for the playoffs on Thursday afternoon.

NASCAR silly season is waiting for Busch to make his decision and it could be coming soon. For now, everyone is in a holding pattern before the floodgates inevitably open soon.