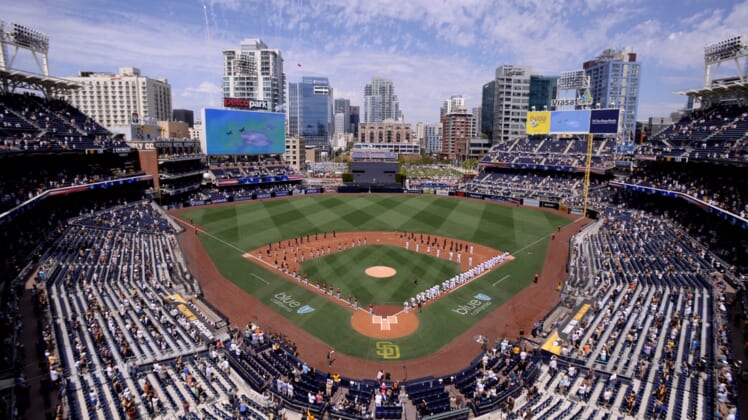 Apr 1, 2021; San Diego, California, USA; A general overview of Petco Park during the playing of the national anthem before the game between the Arizona Diamondbacks and San Diego Padres at Petco Park. Mandatory Credit: Orlando Ramirez-USA TODAY Sports

San Diego police are investigating after a mother and her toddler son died on Saturday after falling from the third-level concourse at Petco Park.

The tragic incident occurred as fans were arriving to watch the San Diego Padres play the Atlanta Braves. The third-level concourse is the equivalent of six stories high. 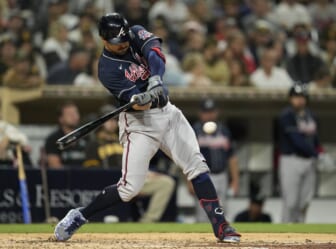 The unidentified woman, 40, and her son, 2, were pronounced dead at 4:11 p.m. after resuscitation attempts were deemed futile.

Police said the mother and son were from San Diego and that the child’s father was also at the stadium.

Investigators said it was too early to determine if the fall was accidental or not, but asked for fans in the concourse area that might have seen what happened to reach out with tips.

“Our hearts obviously go out to the family, but also to the people who here could potentially be traumatized who saw this,” Lt. Audra Brown told the San Diego Union-Tribune. “It’s a horrible, horrible thing. That’s why we’re giving it a very serious look.”