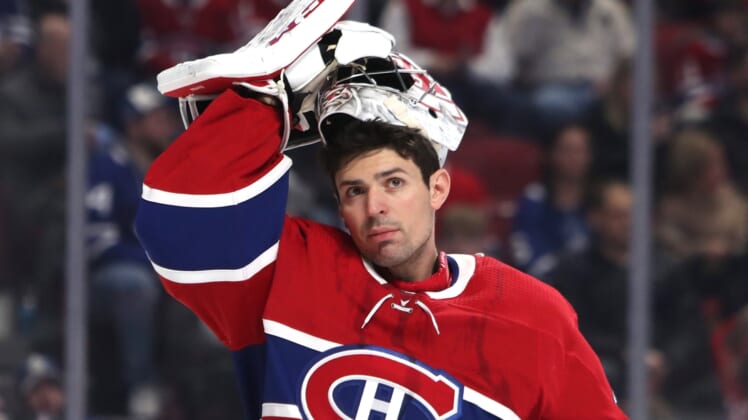 Montreal Canadiens goaltender Carey Price will miss the start of the 2021-22 regular season as he recovers from a non-COVID-19 illness.

The Canadiens open the season on Oct. 13 against the host Toronto Maple Leafs, but coach Dominique Ducharme said Wednesday that the team plans to ease Price back into the lineup.

Ducharme does not expect the former Hart and Vezina Trophy recipient to return to practice until after the season starts.

“It’s a progression, getting back on the ice, and not going down too much and building him up,” Ducharme said. “Starting to work with the goalie coach and then practice with the team and being ready to play games. He’s not doing well right now, so he’s going to take care of that.”

Price, 34, had surgery in the offseason to repair a torn meniscus. He is heading into his 15th season with the Canadiens, who lost to the Tampa Bay Lightning in five games in the 2021 Stanley Cup Finals.

Ducharme also announced that defenseman Joel Edmundson will be sidelined for two-to-three weeks. He has been dealing with an undisclosed injury since the start of training camp.