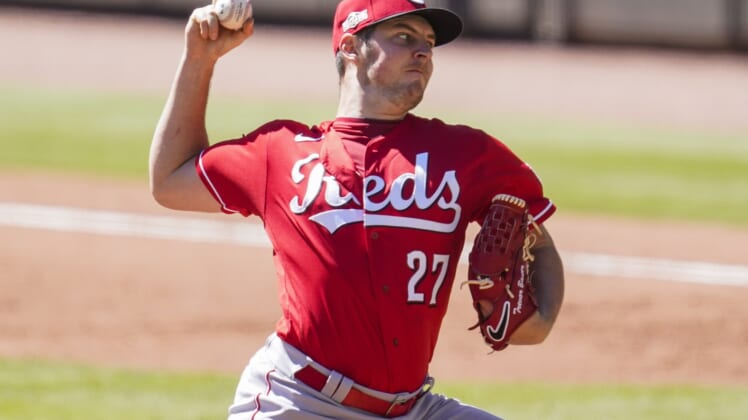 Bauer was lights-out for the Cincinnati Reds in 2020, posting a 1.73 ERA en route to earning the most prestigious regular-season accolade achievable for an MLB pitcher. That his record was only 5-4 in 11 starts is probably part of the reason he went west to play for the defending World Series champions.

The New York Mets were also in the running for Bauer’s services, but in the end, he chose a surefire championship contender.

According to ESPN’s Jeff Passan, all the money in Bauer’s deal is guaranteed, yet he also has the luxury of opting out of the deal after each season of it. That gives him full autonomy over his future in the event things don’t work out in LA, while the Dodgers still get to pay him his fair market value.

Bauer later confirmed the news of his impending arrival in the City of Angels on Twitter:

At this point, it’s almost unfair what the Blue Crew is building in terms of the firepower on their staff. Between Clayton Kershaw, David Price, Walker Buehler and Julio Urias, there was already plenty of pitching prowess on hand. Now, Bauer just adds to that. Don’t forget, too, that Dustin May is in the pipeline, and he made 10 starts out of 12 appearances in 2020 and posted a 2.57 ERA in his own right.

Kershaw has won the NL Cy Young three times, while Price won the award once in the American League and was a World Series champion with the Boston Red Sox in 2018.

Some more numbers on Bauer really quickly: during 2020, he ranked third in strikeouts per nine innings (12.33), yielded only a .208 batting average on balls in play, forced a 90.9% clip of runners left on base and was fourth in FanGraphs’ WAR at 2.5.

To be worth almost 2.5 additional wins despite playing in only 11 of your team’s 60 games is quite a feat. Bauer pulled it off, and now he joins an absolute juggernaut of a Dodgers club that will no doubt be prohibitive championship favorites once again.

It’s big news any time a pitcher of this caliber joins a new team, much less the one that just hoisted the Commissioner’s Trophy. As expected, social media chimed in with lots of classic reactions.