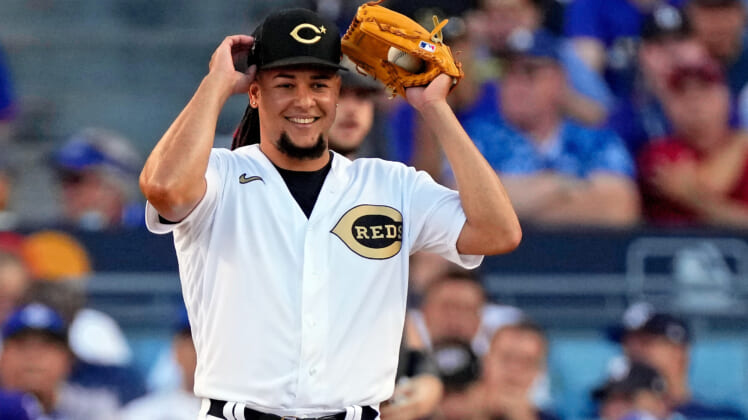 Cincinnati Reds pitcher Luis Castillo is still floating around in the latest MLB trade rumors, even as attention shifts towards Washington Nationals outfielder Juan Soto. At a time when many expect Cincinnati’s ace to be dealt, four teams are quickly emerging to land him.

Castillo missed the start of the 2022 season with a shoulder injury, keeping him sidelined until May 9. After shaking off some rust in his first two starts, the 29-year has become one of the best MLB pitchers this year.

Related: How a Luis Castillo trade to the Minnesota Twins might look

Unsurprisingly, the right-handed pitcher is generating massive interest in the trade market. While several other clubs have checked in, four teams seem to be sticking out with the most potential interest.

According to MLB insider Jon Heyman, the Yankees and Los Angeles Dodgers have been “very, very prominent” in conversations for Castillo. Furthermore, the Houston Astros and Toronto Blue Jays are showing increasing interest in the ace.

Cincinnati held off on trading Castillo this winter and its decision paid off. Viewed as an incredibly gifted pitcher who hadn’t quite put it all together to become a No. 1 starter, Castillo represented the Reds in the 2022 MLB All-Star Game.

Just as importantly for interested teams, he is under team control through the 2023 season. That’s especially valuable for front offices like the Dodgers, Yankees and Astros. Justin Verlander, Clayton Kershaw and Jameson Taillon are among the top MLB free agents in 2022-’23. So, Castillo would strengthen the MLB playoff odds for any of those clubs and would serve as a front-line starter next year. 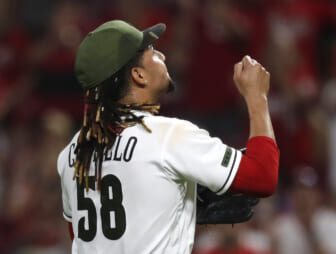 As for the potential asking price, Cincinnati likely wants any deal centered around one of a contender’s top three prospects. Given the demand for Castillo, the Reds will likely get what they want by the deadline on Aug. 2. While it might come down to the wire, everyone’s expectation remains that Castillo will be traded within the next two weeks.