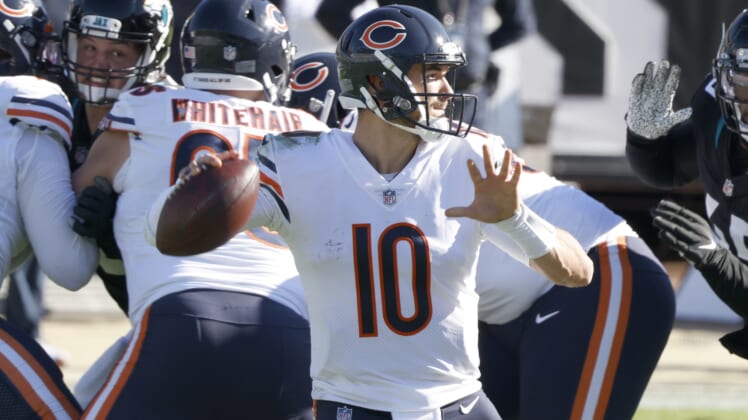 If we had told you three years ago that Mitchell Trubisky and Josh Allen would be on the same NFL team, it likely wouldn’t have come as a huge surprise.

Now, if we had continued by saying Trubisky would be backing up Allen for a Bills team that won 13 games a season ago, you’d have laughed us out of the room.

Here we are in 2021, and that’s exactly what has happened.

“The Buffalo Bills and quarterback Mitchell Trubisky have agreed to terms on a one-year deal,” the Bills announced, via their official website. “Trubisky spent the last four seasons playing for the Chicago Bears. He has started in 50 games and appeared in 51 during his four-year career.”

To say that this is surprising would be an understatement. Despite his struggles during a four-year career with the Chicago Bears, most expected Trubisky to at least compete for a starting job once he signed with a team. This obviously isn’t going to happen with Josh Allen installed in as a franchise quarterback in Western New York.

The No. 2 overall pick back in 2017, Trubisky threw 64 touchdowns against 37 interceptions in his four seasons with Chicago. Last year alone, Allen compiled 45 total touchdowns. Yeah, Trubisky is heading to the Bills solely to be a backup. It was a shocking move for the still-young 26-year-old quarterback.