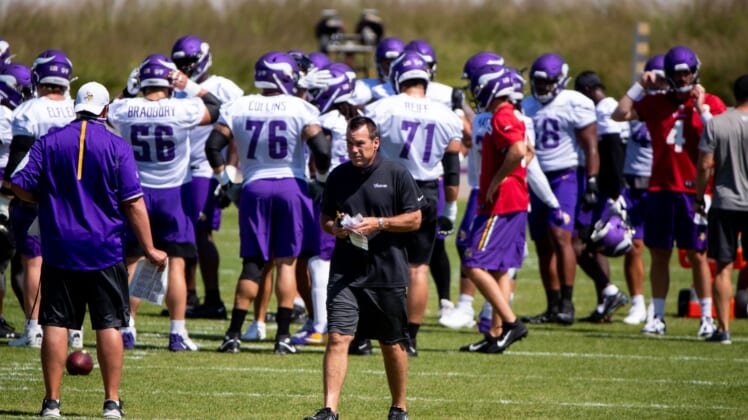 “I’ve been on a football field for most of my life, and now I look forward to stepping away from the game and enjoying more time with my family and friends,” Kubiak said. “I offer my sincere thanks to the owners and fans of the Minnesota Vikings, Denver Broncos, Baltimore Ravens, Houston Texans and San Francisco 49ers for giving me opportunities to be a part of this great game and for treating me and my family so well over the years. I’ll miss the competition, the planning, game days and being part of a team. But, more than anything, I’ll cherish the friendships I’ve made along the way with players, coaches and staff. I love the game of football and will forever be its biggest fan.”

Kubiak’s departure puts the Vikings in position to hire a sixth offensive coordinator in eight seasons.

“Gary Kubiak is leaving an impressive legacy in the NFL, and his impact will be shown for decades to come in the players he’s guided and the coaches he’s mentored. There’s not a better man in our business than Gary,” Vikings general manager Rick Spielman said in a statement Thursday. “The entire Vikings organization appreciates what Gary did for us and what he has meant to the game.”

The 197th overall pick by the Broncos in 1983, Kubiak played quarterback at Texas A&M and served as John Elway’s backup in Denver. Kubiak — as player and coach — and the Broncos made six Super Bowl appearances and won three world championships. He also won a Super Bowl as an assistant with the 49ers after the 1994 season.