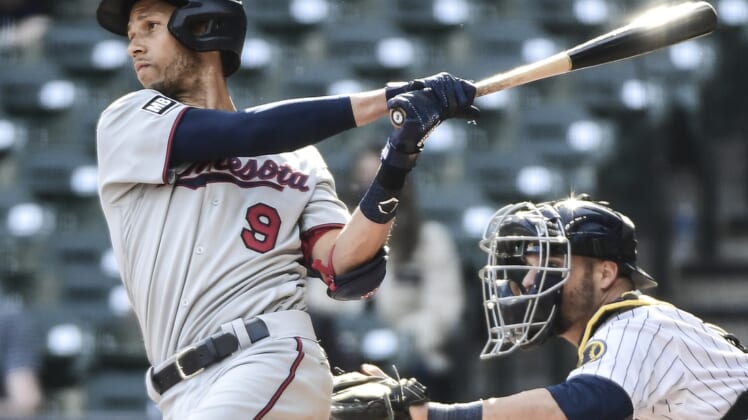 Simmons, 31, is hitting .355 with three doubles and three RBIs through 10 games in his first season with the Twins.

The four-time Gold Glove winner played four seasons with the Atlanta Braves (2012-15) and five seasons with the Los Angeles Angels (2016-20) before signing a one-year, $10.5 million deal with Minnesota on Jan. 31.

Riddle batted .149 in 23 games with the Pittsburgh Pirates in 2020 after playing his first three seasons with the Miami Marlins.

Minnesota also added outfielder and top prospect Alex Kirilloff to the roster as the 27th man for Wednesday’s doubleheader against the visiting Boston Red Sox.

Kirilloff, 23, will be looking to make his first career regular season appearance. He debuted in Game 2 of the 2020 wild-card series against the Houston Astros and became the first player in MLB history to record a postseason hit prior to a regular season one.