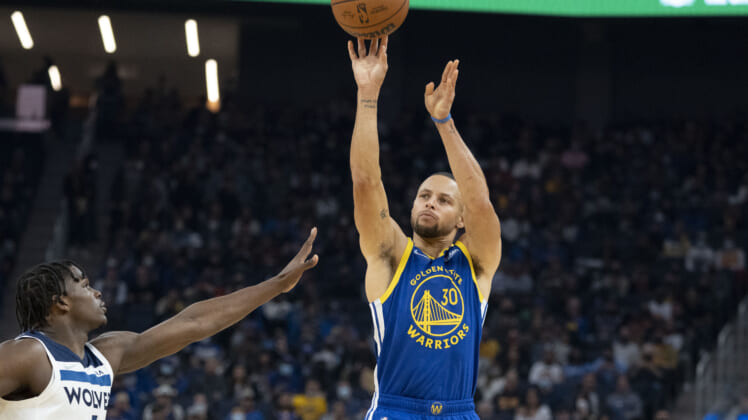 Over the years since Stephen Curry was selected seventh overall in the 2009 NBA Draft, the six organizations that passed on him have justifiably taken a lot of heat. For whatever reason, the Minnesota Timberwolves, namely former general manager David Kahn has taken the brunt of the jokes.

Maybe it’s because the common thread in sports is to beat a dead horse, kick them when they’re down, however you want to term it, there’s a certain jubilation that seems to come from fans when they see a perpetually bad team remain a stinker.

Or maybe it’s because the Wolves had not one, but two first-round selections just before Curry went off the board.

It’s easy to criticize draft decisions many years after they’ve happened. Everyone can look like a genius 12 years later.

In perhaps the ultimate trolling move, Yaron Weitzman attempted to get a hold of David Kahn shortly after Curry broke the NBA’s all-time three-point record. Amazingly, Kahn responded, with a bit of gold himself, and actually makes a very valid point many NBA fans forget.

That has to be one of the best texts sent of all time. My favorite part is where he points out how Washington didn’t even want a selection in the top five, choosing to take cap relief in the form of expiring contracts instead. At least Kahn took a swing in the lottery, most picks don’t turn out, but no picks? Zero upside.

As far as the others, why do the Minnesota Timberwolves and David Kahn take so much heat, when they weren’t the only franchise to pass on Curry?

The Clippers selected Blake Griffin first overall, which looked like a great pick until his injury concerns set him back. At No. 2, the Memphis Grizzlies selected overhyped 7-foot-3 center Hasheem Thabeet, who started a total of 20 games in his career, fewer than Jonny Flynn, mind you.

Nobody can criticize the OKC Thunder for taking James Harden at No. 3. With the next pick, the Sacramento Kings took 2009 NBA Rookie of the Year Tyreke Evans, who enjoyed a 10-year career before being banned in 2019 from the NBA for violating the Anti-Drug Program. He is now eligible once again to rejoin, but remains out of the league.

Then, at No. 5 the T-Wolves selected Ricky Rubio and Jonny Flynn with the next pick at six.

Rubio was supposed to be the next young phenom projected to be a megastar. That obviously never happened, but he was a big part of the organization for six years after spending two more years overseas.

Criticizing the Flynn pick is like the Thabeet one. It’s not exactly fair to judge a prospect when their body simply didn’t hold up. It’s not their fault they got injured.

Flynn had a fairly typical, yet solid rookie year, where he averaged 13.5 PPG, 4.4 APG, and 1.0 SPG while shooting 35.8% from three-point land. He was even named to the All-Rookie second team. Unfortunately, he had to undergo hip surgery in the offseason, in which he was never the same afterward.

For the record, there were several reports then and since, that Curry didn’t want to play for Minnesota, which was a common theme at the time. What else was Kahn supposed to do? Curry’s camp strongarmed the NBA into getting into a more favorable situation for his future.

It’s safe to say it was the right move for Curry and his Hall of Fame future, but ridiculing the Wolves 12 years later seems petty, especially when they didn’t make the biggest blunder, or the only one.

Kahn was widely criticized for his time in Minnesota as their GM, but to be fair he didn’t have a lot to work with. He did his best attempt to not set the franchise back, while making economical moves, taking small gambles in the hopes they would reap big rewards.

The Timberwolves were stuck in a similar position they’ve always been in. Kahn knew no premiere free agents would sign with the team in free agency, so he tried to uncover hidden gems. It’s the same thing any small-market ball club will do as they try to chase the Association’s historical giants of the league.

That’s not to say Kahn didn’t have his fair share of mistakes. Drafting Tanguy Ngombo in the second round of the 2011 draft, when he was too old to even be eligible (though he lied about his age) remains a strange decision, but it’s not one that really affected the franchise at all, so, who cares?

One great move he made was firing Kurt Rambis and convincing Rick Adelman to take the head coaching gig in 2011. Adelman took the team from a winning percentage of .207 up to .488 in his final season with the team in 2013-14. But still, my all-time favorite move has to be Kahn’s text response when bothered about a decision he made 12 years ago. 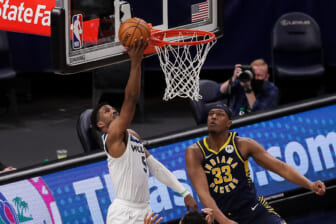