The Miami Heat could be in a prime position to acquire Kyrie Irving's services. Why are the Heat in this position and could they do it without their top assets? 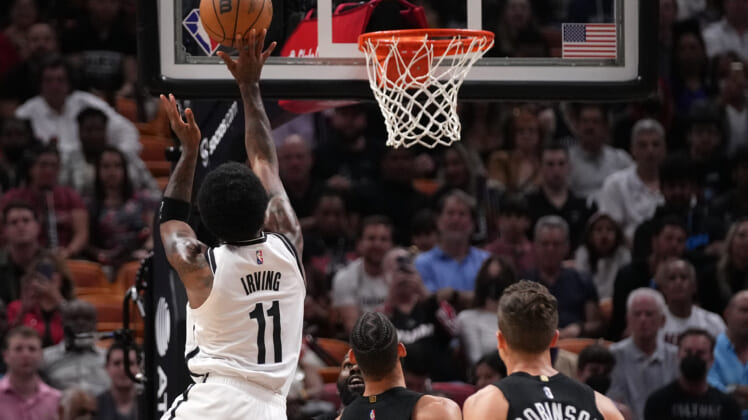 It was reported on Monday morning that Kyrie Irving has requested and received permission from the Brooklyn Nets to find sign-and-trade offers from other organizations.

Why are the Miami Heat in a prime position to acquire Irving’s services?

Kyrie Irving has the Miami Heat as one of his preferred destinations, along with the Los Angeles Lakers, Los Angeles Clippers, New York Knicks, Philadelphia 76ers, and Dallas Mavericks.

However, the Heat are one of the few teams that have the biggest capacity for a trade with the Nets. The Mavericks and Knicks are the other teams, but they are in a bidding war for guard Jalen Brunson.

Therefore, the Heat appear to be in a great spot for Irving’s services if they want to acquire him. But, how much would they be willing to give up in a potential deal?

Miami Herald’s Anthony Chiang reported on early Monday afternoon that Miami’s potential interest in Irving will depend on his price in the trade market. 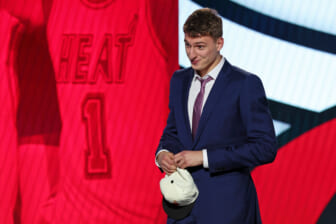 Chiang also stated that Miami isn’t willing to give up its top trade assets for the star point guard. That is reasonable considering how Brooklyn may not have the leverage if Irving is truly gone.

Who are those “top trade assets?” It is easy to assume that Jimmy Butler and Bam Adebayo fall into that category. Tyler Herro might be in that grouping, but Kyle Lowry would certainly be on the move.

Either way, Miami is big-name hunting this offseason, even with its reported interest in Kevin Durant if he were on the move this offseason.

While the Miami Heat might not want to give up its top assets for Kyrie Irving, think back to the last offseason when they acquired former Toronto Raptors guard Kyle Lowry.

The organization sent out Goran Dragic and Precious Achiuwa – let’s not include the second-round pick that was stripped for “tampering” – and received Lowry in return.

If Irving goes into the market, comes back to Brooklyn, and says “I want to join the Heat,” the Nets would not have as much leverage as the organization does right now.

Tyler Herro wouldn’t need to be on the move in this scenario. Kyle Lowry, a player as a cap filler if needed, and another young player would probably get the job done.

However, if Irving doesn’t request a specific team, that opens it up more. Would the Knicks trade away R.J. Barrett in an effort to acquire the 30-year-old point guard?

New York might be the most dangerous team if it can’t acquire Jalen Brunson. The Lakers and Clippers most likely can’t offer better trades than Miami and New York.

The 76ers are reportedly in hard for Heat forward P.J. Tucker and that is going to take cap maneuvering with players like Tobias Harris possibly on the move. However, would Irving want to even play with James Harden again? 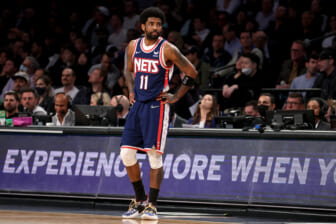 Finally, the Mavericks could sign and trade Brunson to the Nets, so that could make Dallas another intriguing option if Irving wants to play with Luka Doncic.

It all depends on which team Irving wants to play for next season or which team is willing to give up the assets to entice Brooklyn to make the move.

The Nets definitely want good players in return because if they acquire players that Kevin Durant does not like, he could be out the door next.

This might be why Lowry is a more intriguing idea for Brooklyn than you would initially think. Who else would be on Lowry’s level with experience and championship pedigree?

The Heat can have Irving if they want to acquire him. However, do they truly have significant interest in making it happen? 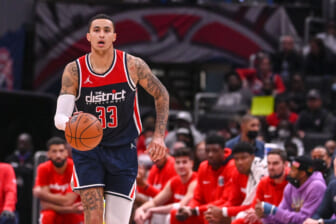 The NBA offseason is heating up as free agency and deadlines are near. Answers will be available soon and the drama won’t be subsiding any time soon.