Miami Heat needs to move Tyler Herro back to the bench 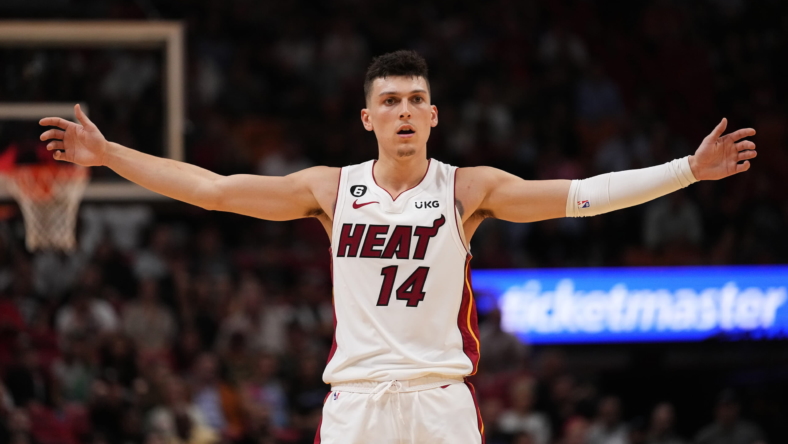 The Miami Heat finally got their third win of the season after the heroics of Max Strus and Jimmy Butler in the fourth quarter of their win over the defending champion Golden State Warriors 116-109. Of the teams that have had a rough start this season, the Heat are one of the most notable.

During their game against the Warriors, Tyler Herro only played nine minutes after getting hit in the eye by Moses Moody. Still, the team was able to survive the tough matchup without the shooting guard.

Miami started the 2022-23 NBA season with a slight difference in their starting five and Herro and Caleb Martin received a promotion to the starting lineup for this year’s campaign. With this strategy, they’ve gone smaller compared to the previous seasons after PJ Tucker’s departure over the summer became a massive hit to their frontcourt depth.

During the offseason, Herro’s new role with the team was one of the substantial storylines for the squad. The sharpshooting guard won the Sixth Man of the Year award last season, which became a prime reason for his promotion to the starting lineup. I think he deserves the starting spot, but it’s not what the Heat need right now.

Herro’s new role seems to have created new problems for the Miami Heat, especially on the defensive end. Herro is slow-footed and effortlessly moved by opponents on the block. The team’s slow start isn’t all his fault, but if he could return as the leader of the second unit, the Heat could return to being a threat in the East. Let’s explain why.

Tyler Herro makes a bigger impact off the bench

Last season, the Heat were one of the best teams in the Eastern Conference. Their defense was a big reason behind their success. Not only that, but the distribution of roles helped them deal with their opponents rightfully. Herro’s role as the primary scorer off the bench helped the team have a consistent offensive threat.

Opposing teams had difficulty defending the shooting guard as some teams lacked the proper personnel to stop him. With this role, head coach Eric Spoelstra gave Herro free reigns to score at will, giving him a chance to score up to 20 points last season.

I’m not the biggest fan of the former Kentucky Wildcat being in the starting five this season. The team is suffering from not having a dependable scoring threat from the bench. Herro is the only player capable of being a steady scorer for the Heat’s second unit. After their last game, the players who stepped up were Max Strus and Duncan Robinson, who had 24 and 17 points, respectively. Even with that, the reigning Sixth Man of the Year is an overall better option compared to Strus and Robinson.

If coach Spoelstra decides to mix things up and have Herro come off the bench, I think Strus should take over the starting spot. He’s a bigger two-guard that’s capable of defending opposing players. The undrafted wing player isn’t a lockdown defender, but Strus is a better on-ball defender than Herro. It’s also tiring to see teams force a switch on Herro, knowing he won’t be able to stop them.

The Heat is in a decent position to make certain adjustments. They’ve recently won a close game without Herro, and the starters were able to play well defensively. Spoelstra shouldn’t wait for the team to have a losing streak before changing strategies. They had Herro off the bench last season, and it worked out well for them. It could be the change they need to start collecting more wins this season. 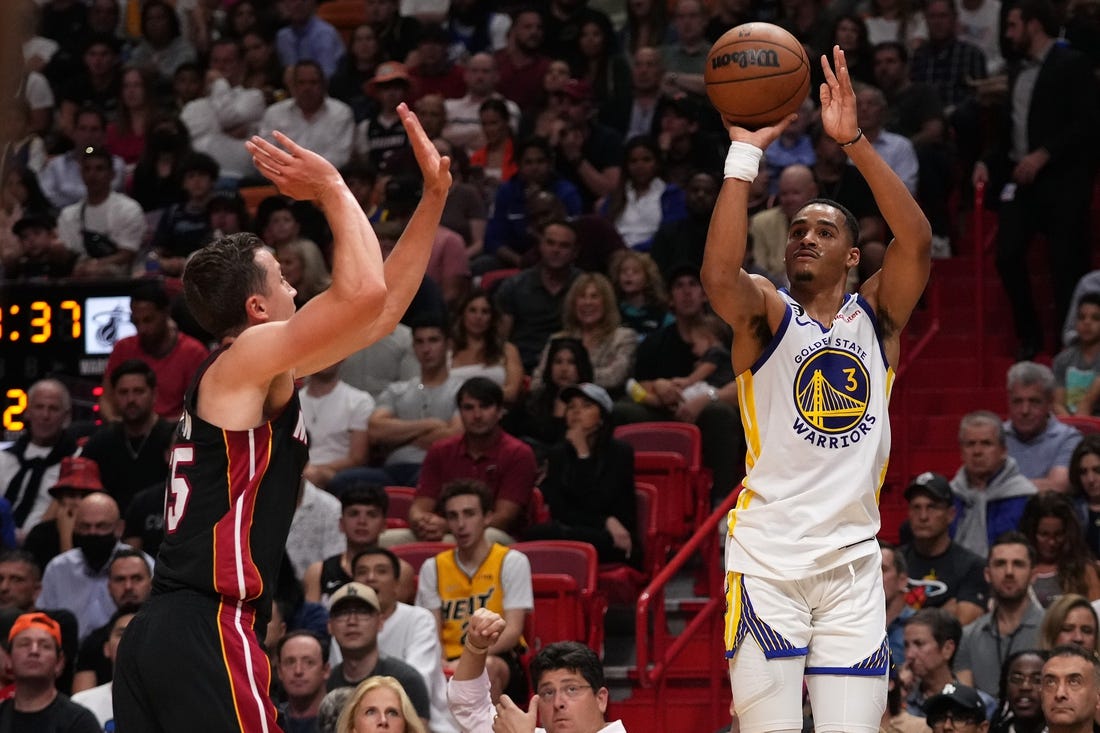 The former 13th-overall pick shouldn’t be discouraged if the Heat asks him to return to the bench. After all, it’s not about who starts the game. It’s about who closes out matches and contributes to the team’s success.