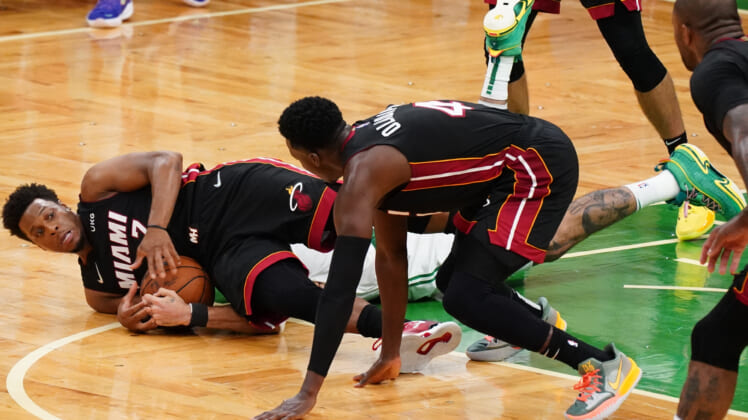 The Miami Heat are attempting to take a 3-1 series lead on the road in Game 4 of their Eastern Conference Finals series against the Boston Celtics on Monday night.

Miami is helped by the fact that reigning NBA Defensive Player of the Year Marcus Smart is sidelined to an ankle injury. Or so we thought.

Taking on a desperate Celtics squad at TD Garden, Miami put up an absolutely brutal start to the game. How bad was it? Miami missed its first 15 shots and was stuck on one point until Victor Oladipo hit a three-pointer with 3:22 remaining in the first quarter.

You read that right. The Miami Heat scored one point (a Bam Adebayo free throw) through the first eight minutes and 38 seconds of the game.

When all was said and done through the first 12 minutes, Miami was trailing by the score of 29-11. The team connected on 3-of-20 shots from the field.

That’s not exactly what a team is looking for as it attempts to take a 3-1 stranglehold on the series.

As for the Celtics, they certainly came to play early on in what has to be considered a must-win. That included Jayson Tatum scoring 12 points while grabbing five rebounds in the first quarter.