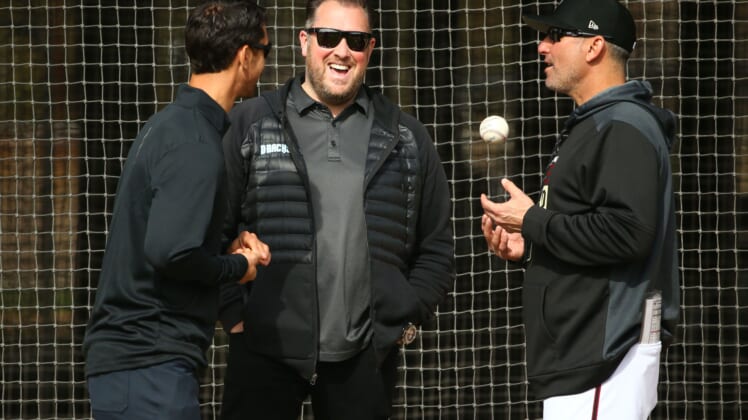 Everything seemed to be going pretty well under owner Steve Cohen for the New York Mets. General manager Jared Porter had just pulled off a blockbuster trade for Francisco Lindor. Gone were the days of the drama we saw under former owner Fred Wilpon.

Not so fast. A disturbing story broke regarding Porter and some explicit text messages he sent, unsolicited, to a female reporter back in 2016 when he was a member of the Chicago Cubs organization. This led to Porter getting fired on Tuesday.

Cohen took to Twitter on Tuesday morning to announce Porter was out:

The following information is from the initial report on Porter’s horrendous behavior.

This obviously went far beyond any normal flirting, as Jared Porter seemingly harassed the woman to no end before sending nude pictures of himself. That’s outlined in the original ESPN report.

After seeking out help from a baseball player she knew, the unnamed reporter responded demanding that Porter stop with the text messages.

“This is extremely inappropriate, very offensive, and getting out of line. Could you please stop sending offensive photos or msg,” she wrote.

Porter ultimately apologized and asked if there was anything she needed “work wise” to contact him. Obviously, that’s far too little, far too late. In fact, the general manager apparently sent 62 text messages that went without a response. It could be the clear definition of stalking.

“This story came to our attention tonight and we are not aware of this incident ever being reported to the organization,” the team said. “Had we been notified, we would have taken swift action as the alleged behavior is in violation of our code of conduct,” the team said. “While these two individuals are no longer with the organization, we take issues of sexual harassment seriously and plan to investigate the matter.”

Given how far women have come in the sports journalism community, it’s no surprise this conduct ultimately spelled the end of Porter’s short tenure as the Mets’ general manager.

There’s simply no room in the professional sports world (or in the broader context of society) for this type of harassment. Having just recently taken over as the Mets’ owner, we can expect swift action on the part of Steve Cohen. And for good reason.