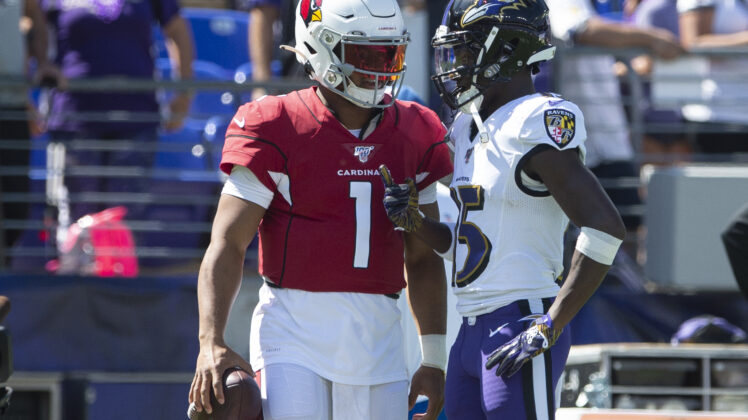 There were several surprises on the first night of the 2022 NFL Draft. Perhaps none were more shocking than the wide receiver trades sending veterans to a new city. In particular, the Marquise Brown trade to the Arizona Cardinals raised some eyebrows, especially for his former quarterback Lamar Jackson.

Shortly following the trade, Jackson took to Twitter to tweet “Wtf“, clearly showing his discontent with the deal. While the Hollywood trade was surprising to the public, Brown hasn’t been happy with the Ravens for some time now.

According to Ravens general manager Eric DeCosta, Brown actually requested a trade at the end of the 2021-22 season. Perhaps the burning desire arose from wanting to play with his former college teammate from when they were members of the Oklahoma Sooners when Kyler Murray and Brown played two seasons together from 2017-18.

Should Lamar Jackson really be surprised?

Basically, this trade shouldn’t have come as a surprise at all to Jackson. If Brown truly didn’t want to be a Raven anymore, his QB should have been able to pick up on these vibes.

In fact, Brown suggests that Jackson did know all along, from the conversations the two shared in their time together.

“Nah, he wasn’t surprised,” Brown said. “I talked to Lamar about it after my second year. Then, after my third year leading up to the end of the season, you know, he wasn’t playing. I let him know again like, ‘Yeah bro, I can’t do it.'”

As expected, Brown didn’t have an issue with Jackson, it was the offensive approach in general he wasn’t particularly a fan of, seeming to prefer playing in more of a pass-heavy attack, which kind of is on Jackson in a way.

“I love Lamar,” Brown said, “The system wasn’t for me, personally. I love all my teammates. I love the guys, but it was something I had to think about for myself.”

We’ve likely yet to see the best from Brown, who was coming off his best season yet, after tallying 1,000 receiving yards for the first time in his young career.

In return for Brown, the Ravens received pick No. 23, while sending out one of Jackson’s top receivers plus the 100th overall pick. The Ravens then traded the 23rd overall selection to the Buffalo Bills, landing Baltimore Tyler Linderbaum at No. 25.

We’ll see how the trade works out for the Ravens in the long run, they now need to add to their receiver room with the departure of Brown. Though Rashod Bateman can be their WR1, that’s not enough.

Meanwhile, the Cardinals appear to be taking steps toward appeasing Murray, which is the right call if he truly is their franchise QB of the future.