Marc Leishman off to fast start early in Masters’ first round 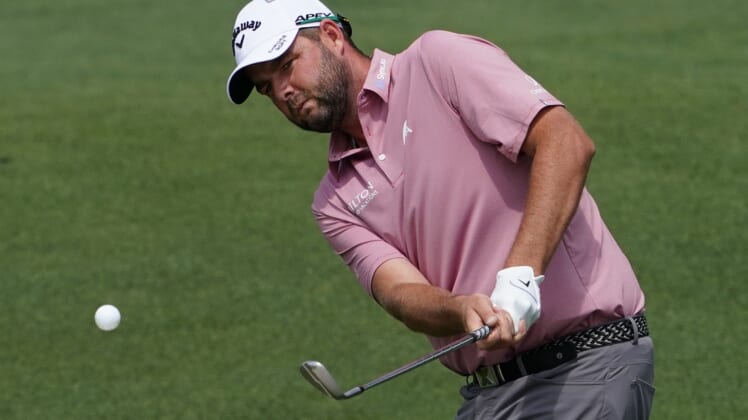 The top of the early leaderboard at the Masters had an international flavor Thursday as the annual first major of the year moved back into its spring time slot at Augusta, Ga.

Hideki Matsuyama of Japan and Marc Leishman of Australia joined American Webb Simpson at 4-under par at the legendary Augusta National course early in the first round.

Americans Brian Harman (69) at 3 under and Will Zalatoris (70) at 2 under were both in the top five when their rounds ended.

The 2020 Masters was moved off the spring portion of the schedule because of the COVID-19 pandemic, with Dustin Johnson winning the title when it was rescheduled for November.

With the azaleas in full bloom Thursday, Matsuyama was at 4 under through 14 holes, while Leishman got off to blazing start with four birdies over his first six holes.

Johnson was at 1 over at the turn following bogeys at Nos. 1 and 5, with a birdie at the par-5 second hole. He then chipped in from the side of the green at No. 11 for a birdie that got him to even par. Another birdie at 13 got him to 1 under.

Northern Ireland’s Rory McIlroy, who needs a Masters title to become the sixth player to earn a career grand slam, struggled early with four bogeys on the front nine and was at 4 over through 12 holes.