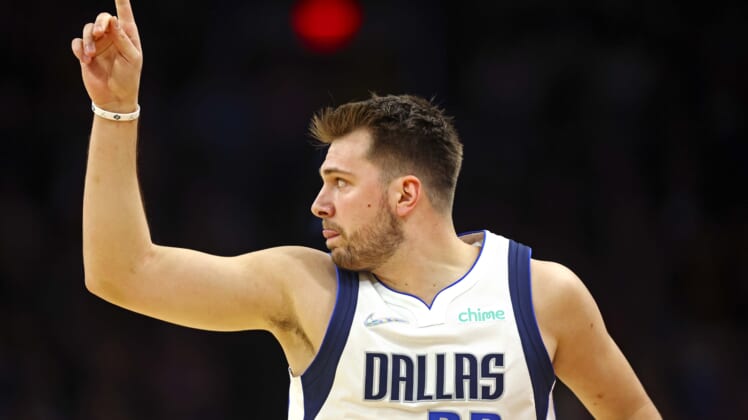 Luka Doncic and the Dallas Mavericks opened up a 10-point lead after the first quarter in their Game 7 matchup against the Phoenix Suns in the Western Conference Semifinals Sunday evening.

With the winner set to take on the Golden State Warriors in the Western Conference Finals, Doncic had it going big time in the first quarter in Phoenix.

The star guard connected on 5-of-7 shots for 12 points while adding eight rebounds and three assists within the first 12 minutes.

The defending conference champion Suns had absolutely no answer for what Luka Doncic brought to the table early on. Whether it was nailing step-back threes or doing his best Michael Jordan impersonation (see above), the dude had it going big time.

This comes on the heels of Doncic dropping 33 points with 11 rebounds and eight assists as the Mavericks avoided elimination in Game 6.