Following the Los Angeles Lakers play-in win over the Golden State Warriors, the defending champs now have an opportunity to upset the Phoenix Suns in the first round of the NBA Playoffs.

For Los Angeles, this comes after a ho-hum 42-30 regular season in which LeBron James and Anthony Davis both missed extensive action due to injuries. Now that they are healthy, taking out the 51-21 Suns is a real possibility. It all gets going Sunday afternoon in the desert on ABC. Below, are four keys for this tremendous first-round matchup

Surprisingly, Booker struggled in three regular-season games against the Lakers — averaging 21.3 points on a horrendous 22% shooting from distance. It appears that Los Angeles’ length played a role in the Phoenix Suns star’s struggles. How will the Lakers defend him starting Sunday?

It starts with a tremendous perimeter defender in Kentavious Caldwell-Pope, who posted a solid 2.6 defensive win shares during the regular year. At 6-foot-5, KCP has the height to go up against Booker. If the Suns are able to isolate Dennis Schroder or Alex Caruso on Booker, it will be a long series for Los Angeles.

Mikal Bridges is a darn good defender, but he leaves a lot to be desired from a scoring standpoint (13.5 points per game during the regular season). When the Suns are in need of scoring, they tend to roll with Chris Paul, Devin Booker, Jae Crowder, Deandre Ayton and a combination of Bridges, Cameron Johnson and Cameron Payne. Bridges can be the odd-man out at times.

What does this mean? There’s no real reason to believe that someone like Crowder will be able to contain King James on the defensive end. Despite his ability to score in bunches, Crowder remains a liability on defense. His 110.2 defensive rating during the regular year was below the league average. As for Bridges, he was just above the average.

Even at 36 years old, Paul remains one of the top-three point guards in the Association. He was absolutely brilliant in his first regular season as a member of the Phoenix Suns, averaging 8.9 assists while shooting 50% from the field. Given the secondary scorers Phoenix boasts behind Devin Booker, Paul won’t need to put the ball in the basket to be a difference-maker. 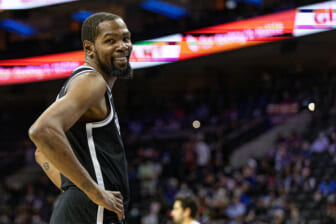 However, the future Hall of Famer’s ability to facilitate was not an outlier during the regular year. In games that Paul reached the double-digit assist threshold, the Suns were 23-7. In games he did not meet that mark, Phoenix posted a 26-14 mark. So, how do the Lakers stop Paul from being a pass-first commodity? Dennis Schroder and Alex Caruso are below-average defenders. It’s in this that a team effort must be in the cards.

This will be the biggest matchup of the first-round series. While AD plays the four and Ayton is a true center, they will be going up against one another more often than not in the NBA Playoff series. After struggling with injuries during the regular season, Davis led Los Angeles in scoring with 25 during their play-in win over the Golden State Warriors. He’ll have to average in the mid 20’s in order for the Lakers to win here. 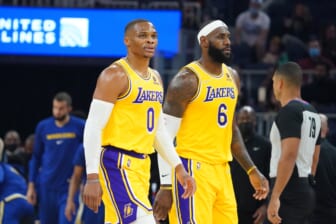 That’s where Ayton comes into play. The former No. 1 pick has morphed into both a capable scorer and a plus-level defender. He posted a defensive win shares of 2.7 during the regular season. Phoenix doesn’t need this matchup to be a wash, but if it’s close, the Suns will more than likely come out on top against the Los Angeles Lakers in the best-of-seven series.