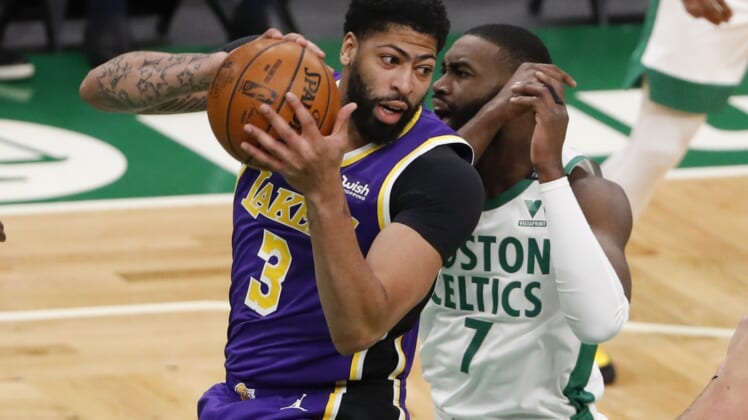 Los Angeles Lakers forward Anthony Davis will be sidelined for at least one game after aggravating his right Achilles tendon injury, the team announced Monday.

The Lakers said Davis underwent an MRI exam and the results displayed that the Achilles wasn’t ruptured.

Davis, who also has a strained right calf, will sit out Tuesday’s road game against the Minnesota Timberwolves. He will then be evaluated by team doctors in Los Angeles after the club returns home and a timetable will be established.

Multiple reports indicate that the Lakers plan to be conservative about his return, likely keeping Davis out until after the March 5-10 All-Star break.

Davis missed two games last week with the Achilles injury before aggravating the injury in Sunday’s game against the Denver Nuggets. Davis bumped legs with Nuggets center Nikola Jokic with 2:39 left in the second quarter. He stayed in the game to make two free throws before walking gingerly to the locker room.