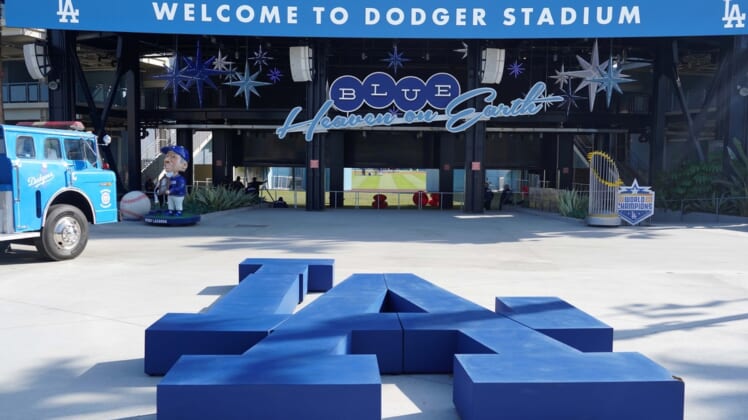 The Los Angeles Times on Wednesday confirmed the cancellation of the scheduled Aug. 19 event.

Major League Baseball and police in Pasadena, Calif., are investigating allegations made by a 27-year-old woman that Bauer sexually assaulted her at his Pasadena home. MLB put Bauer on paid seven-day administrative leave last Friday after salacious details from documents pertaining to the woman’s request for a temporary restraining order were released.

Representatives for Bauer, 30, have denied the allegations and said the two engaged in consensual sex.

Manager Dave Roberts said Monday he didn’t expect Bauer back at the expiration of the leave. MLB is expected to ask the players association to sign off on an extension as the investigation continues.

Bauer won the National League Cy Young Award as a member of the Cincinnati Reds last year before signing a three-year, $102 million free agent deal with his hometown Dodgers in February. He is 8-5 with a 2.59 ERA in 17 starts for Los Angeles this season.

The Dodgers have six more bobblehead giveaways to come this season, including those to honor franchise legends Fernando Valenzuela and Tommy Lasorda.