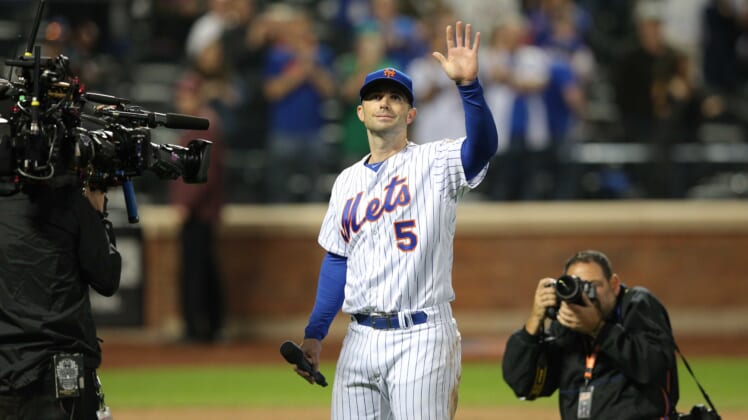 On July 23, the New York Mets will honor David Wright by giving Marvel-loving fans a collectible Funko Pop that blends Wright with the iconic comic book character Captain America. It is an item that is sure to end up on eBay for absurd auction prices days after their game against the San Diego Padres.

Wright is a beloved figure in Mets history. The long-time third baseman was a seven-time All-Star who played his entire 14-year career as a member of the team. While he never achieved the ultimate goal of bringing a championship back to Flushing, for the first time since 1986, he did help the team win a few National League East titles, make two trips to the NL championship series, and earn a World Series birth in 2015.

In the hearts and minds of Mets fans, from 2004 to his final season in 2018, he was the heart of the team. That’s why he was named the team’s captain in 2013. An honor that has gone to only three other players in the organization’s 60 years in existence.

It’s also why he was bestowed with the nickname of “Captain America” by the comic book geeks among the Mets fanbase towards the end of his career. Like the leader of the fictional Avengers superhero team, Wright embodied everything a fan and organization would want in a representative of their franchise.

In an attempt to bring two unique aspects of Mets and Marvel history together, on July 23 the team will hand out 25,000 pretty cool-looking Funko figures that combine Wright and Captain America. Which can be seen above in all its nerd and baseball fan glory.

Funko figures have become the rage and the company makes memorabilia for anything from popular television shows to famous athletes. Not to mention, Marvel is one of the strongest brands in the world after the massive success of Marvel Studios films over the last decade. 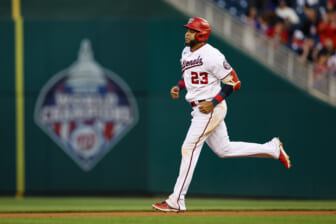 Combining with Funko and Marvel is a smart way for the Mets to link their brand with two others that are huge with people of various ages and genders, while also honoring a team legend at the same time.