LIV Golf: 10 elite players that left the PGA Tour for the Saudi-backed league

LIV Golf quickly became a force in the golf world by instantly filling its small roster with players who built their reputations from impressive runs on the PGA Tour. Making them a serious competitor for the legendary golf circuit.

The new tour backed by the Saudi Arabian government’s finance department was able to pull many of those stars away with outrageous signing bonuses and guaranteed tournament purses. Two things the PGA Tour does not offer current members. Another key, is that PGA great Greg Norman is serving as LIV’s CEO and has been hugely beneficial in adding a certain prestige to the new tour. Making player’s decision to join a bit easier — along with the money of course.

With several events in their inaugural season already in the books, and plans to expand to 14 tournaments and a $405 million season purse in 2023, let’s take a look at the 10 best players who earned a ban from the PGA tour to get big paydays in LIV Golf so far.

While the 2017 Masters winner is no longer a top 20 or even top 50 player in the PGA Tour, his value to LIV can not be understated. Garcia remains one of the most famous European golfers in the sport today, and branding is as important as relevancy when trying to build a tour that can actually compete with the PGA.

Few players have the casual fan appeal that Garcia has, or his ability to expand LIV’s legitimacy in Europe. Garcia isn’t there to be a top earner, he is there to make LIV relevant. 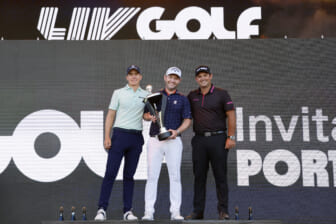 Kevin Na is one of several players in LIV that are among the 40 best in the world today. After going seven years without winning a tournament, the 38-year-old has had a career resurgence in recent years and is one of the underappreciated talents in the golf world right now. The addition of Na is a savvy move where the new league may get the best version of him.

While Paul Casey is a player who has never won a major and his best days are behind him, he is still a player that is ranked just outside the top 30. He is similar to both Na and Garcia in that he is a very solid talent on today’s circuit, but the Englishman also helps to legitimize LIV in Europe. A key market the new tour will need to grow in if they hope for long-lasting success.

Two-time Masters champion Bubba Watson is the latest major acquisition for LIV. While he is currently ranked towards the back of the top 100 in the world, he is a prestige signing that helps to bolster the roster and bring it more in line with the star-studded membership of the PGA. 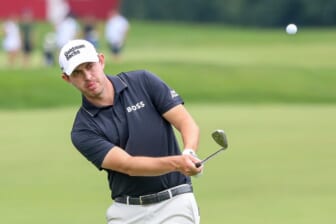 Also Read:
Patrick Cantlay: No plans ‘at the moment’ to leave for LIV Golf

The five-time veteran of the United States Ryder Cup team is a popular player that can also pull in some casual American golf fans to LIV.

Bryson DeChambeau was a major get for LIV Golf earlier this year not because he is a top 10 player currently, but because the 28-year-old has the potential to be. The 2020 US Open winner is a gifted golfer on the rise who is quickly gaining a notable fan base that he will now take with him to the Saudi-backed tour. Plus, just like the chicks dig the long ball in baseball, they also love power strokers in golf. And DeChambeau is one of the biggest hitters in the sport today.

Louis Oosthuizen has not won a tourney since 2018, however, that does not mean he hasn’t been highly competitive in his outings since then. While 2022 has not been a year to remember, the South African finished second or third in the last three majors of 2021. That is some serious consistency. Plus, he is arguably the most notable golfer in the third biggest economy on the African continent.

If not for a spat of injuries in recent years, Brooks Koepka would be ranked among the 10 best golfers in the world. While he currently resides in the 20s he remains a top-shelf player in the sport right now. The former No. 1 ranked golfer won four of his majors between 2017 and 2019, and if he can get healthy long-term he could be the perfect blend of name value and relevancy as he hits his prime years at 32. 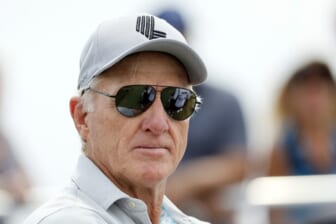 Abraham Ancer is an important signing for LIV Golf because of his potential as a top 20 golfer who could become a weekly anchor for the tour’s tournaments. While he has only had a decent 2022 season — with three top 10 finishes before joining LIV — his upside is serious. Furthermore, the Mexican talent helps to expand the LIV brand to a new market in Mexico.

Despite not having anywhere near as many wins as Tiger Woods, Phil Mickelson is one of the most famous active golfers in the world. He may not be a player competing often for LIV tourney titles, but it doesn’t matter. Signing “Lefty” is one of the biggest acquisition coups in sports history.

Mickelson gives the tour a superstar and poster boy for casual and diehard fans alike. Furthermore, he is the sort of brand that can help the fledgling league sell tickets to any of their events around the world. Simply put, Mickelson joining LIV was a paradigm shift in the world of pro golf.

Next to Mickelson, Dustin Johnson is the most important signing LIV has had thus far. Despite not having won a tournament in close to two years, he still remains one of the best players in the sport and his jump from the PGA Tour to LIV Golf sent shockwaves through the industry. Along with Ancer, DeChambeau, and Koepka, Johnson will be a major part of LIV’s competitive backbone for years to come.