Lionel Messi’s value has never been higher after leading Argentina to a 2022 World Cup title, and it seems that elite play in December could land him a contract to play in Saudi Arabia for an obscene amount of money.

The soccer legend enters 2023 on a career-high. After dominating the sport for the past decade, Messi finally earned the one achievement that had long eluded him last month: A World Cup championship. And that accomplishment couldn’t have come at a better time for the 35-year-old.

In June, Messi’s contract with his current team, Paris St-Germain, will come to an end. Reports in December claimed that the six-time Ballon d’Or winner and the club were in agreement on the framework of a new deal. However, a pen has yet to be put to paper on an official contract to keep him at Parc des Princes for a few more seasons.

It seems that has left an opening for Saudi soccer club Al-Hilal, and they are willing to pay an absurd amount of money to steal Messi away from PSG.

On Wednesday, The New Arab reported that Lionel Messi’s father, Jorge, was rumored to be in Riyadh to have discussions with Al-Hilal decision-makers. The club has been hot for the Argentinian superstar for some time, and Mundo Deportivo reported last month that the team is willing to go to as much as $297.5 million annually to bring him to Saudi Arabia.

If Messi did take his talents to The Kingdom, he would join fellow legend of the decade Cristiano Ronaldo. The Portuguese soccer great signed with Saudi Professional League club Al-Nassr for $189.3 million annually in December. 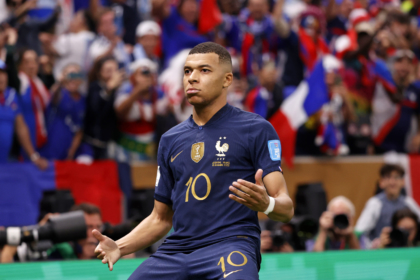 Also Read:
10 best soccer players of all time, from Mbappe to Pele

Ronaldo was available after having a falling out with his previous club, Manchester United, and was cut by the team before the start of the 2022 World Cup.