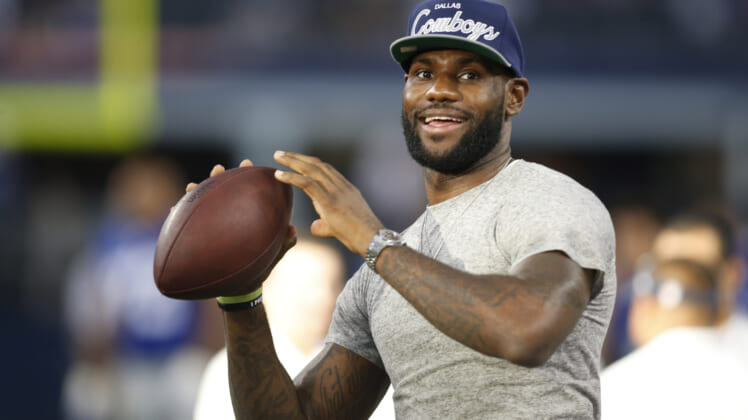 Los Angeles Lakers star and four-time NBA champion LeBron James has talked publicly over the years about his itch to play football.

An all-state receiver during his high school days in Ohio, it’s something that King James has flirted with in the past.

In said broadcast, LeBron James seemed to break some news. How much so? He told Eli and Peyton Manning that the Dallas Cowboys and Seattle Seahawks both offered him contracts during the 2011 NFL lockout.

We’re not making this up. It’s actually something that the all-time great forward said happened a decade ago.

Even then, we’re somewhat convinced James made the right career choice.