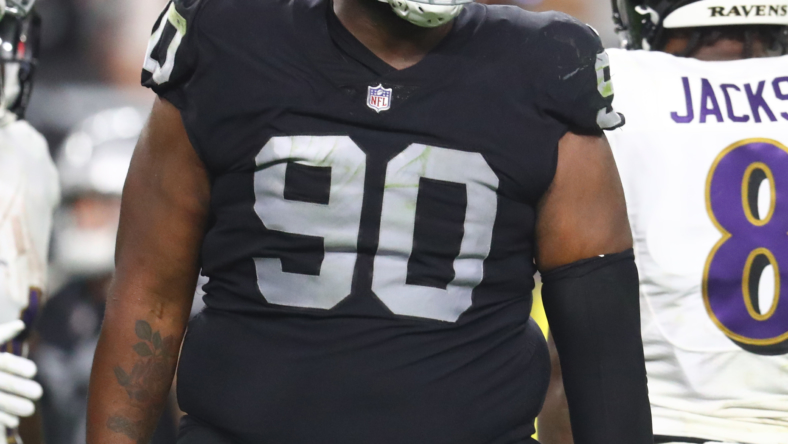 On Tuesday, the Las Vegas Raiders traded defensive tackle Johnathan Hankins and a 2024 seventh-round pick to the Dallas Cowboys in exchange for a 2023 sixth-round pick.

When NFL Network’s Ian Rapoport broke the story, some Raider fans wondered what might come next as if the trade opened up a spot for a free agent (Ndamukong Suh?) or a player who could be on the move before the trade deadline (Washington Commanders’ Daron Payne).

In actuality, the Raiders may just feel good about some of the guys who have played in limited roles and deserve more snaps on the interior. Vincent Bonsignore of the Las Vegas Review-Journal confirmed that notion when he tweeted on Tuesday, “The continued progress of rookie DT’s Neil Farrel and Matthew Butler played a role in the decision to trade Hankins.”

Writing was on the wall for Johnathan Hankins

Let’s go back to Week 5 against the Kansas City Chiefs for a minute. Before that game, the Raiders listed Hankins as a healthy inactive. Coming out of the team’s Week 6 bye, he played a season-low 18 percent of the defensive snaps, which is a telling sign that the team would phase the 30-year-old out of the rotation among the interior defensive linemen.

Meanwhile, rookie fourth-rounder Neil Farrell Jr. made his 2022 season debut against the Chiefs and played 15 percent of the defensive snaps against the Houston Texans last week.

Don’t look at the timing of Hankins’ declining snap count and Farrell’s recent appearances as pure coincidence. Vegas selected the latter with the probable intention to replace the former, and the team completed that process this week. 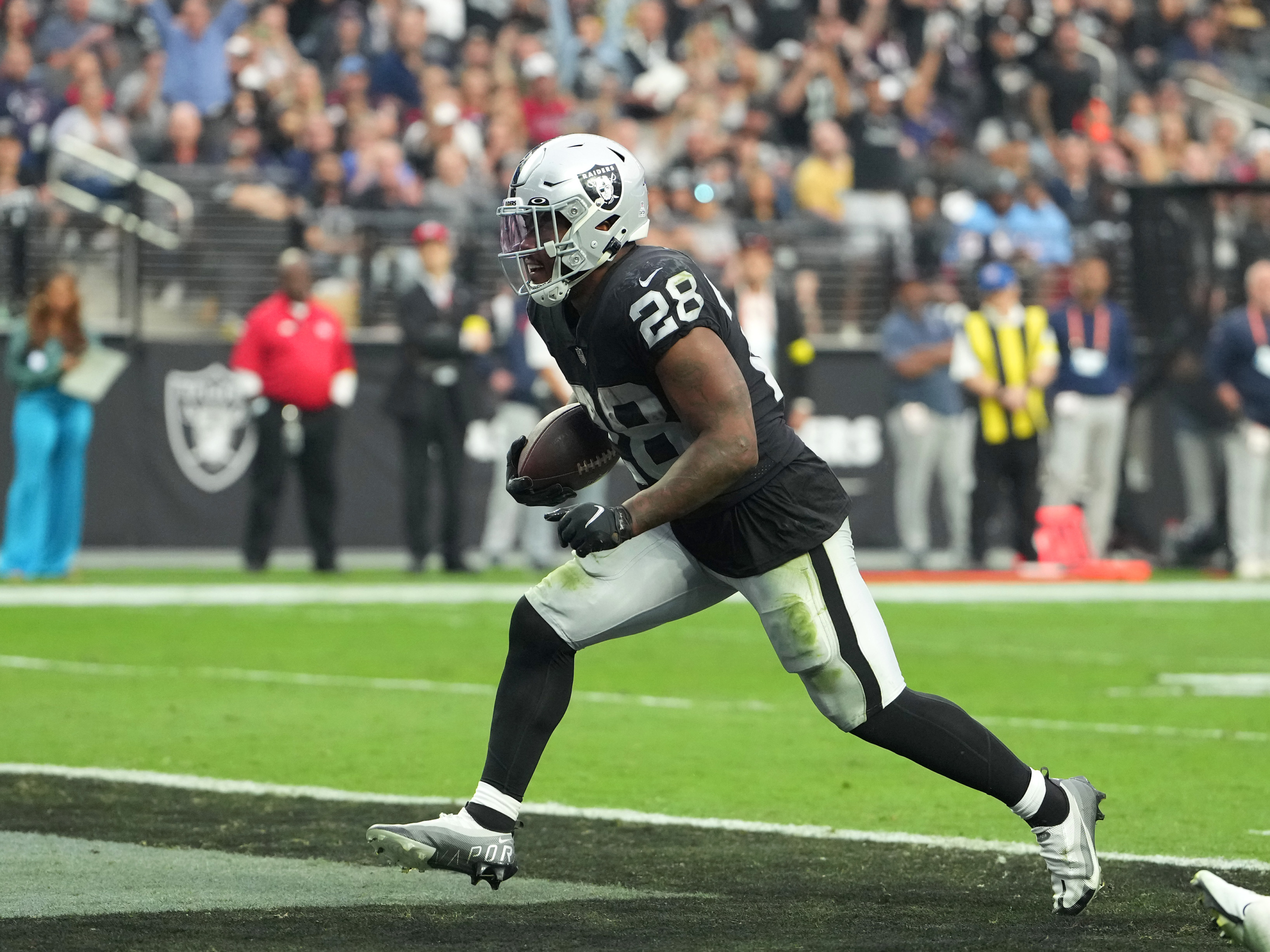 Also Read:
Evaluating Josh Jacobs’ future with the Las Vegas Raiders after a hot start in 2022

Along with Farrell, rookie fifth-rounder Matthew Butler could find his way back into the rotation after the team listed him as a healthy inactive for the last two games. He played seven snaps between Weeks 3 and 4.

While we cannot take much from limited sample sizes of Farrell and Butler on the field, the Raiders may have seen something in one or both players at practice, which is an element that outsiders often forget about when they try to make sense of roster moves. We don’t see the development, but the people in the building and at those practices have a better gauge of a player’s potential.

We don’t have to twist logic to see what the Raiders have done in this situation. They moved an aging player on an expiring contract for draft capital as they phased him out of the defense. Before the transaction, Hankins had his lowest snap count percentage as a Raider at 37 percent. In years prior, he played 58-64 percent of the defensive snaps. Do the math and read the writing on the wall.

Going forward, expect to see more Farrell in the middle, though Hankins’ departure potentially opens up more opportunities for Clelin Ferrell as well. This season, Ferrell has played a decent number of snaps on the interior, in the B-gap:

In Week 7, against the Texans, Ferrell had his best game of the season. Aside from a half-sack split with Chandler Jones, he registered four tackles and two quarterback hurries, per Pro Football Focus. Aside from the counting and analytical statistics, he made his presence felt on the interior, which is what the Raiders’ defense needs right now.

If you expect Ferrell to perform at a level that matches his draft status (No. 4 overall in 2019), you’ll be disappointed, but anyone who can break down what he’s able to do at a shallow position could appreciate his contributions as a versatile defensive lineman who takes snaps in multiple spots across the front seven.

In Vegas’ last outing, Ferrell played a season-high 63 percent of the defensive snaps and made his time on the field count toward a win over the Texans. Barring a trade, he’ll likely continue to play more than half of the snaps as defensive coordinator Patrick Graham tweaks the Raiders’ 24th-ranked total defense that’s giving up the seventh-most points per contest. 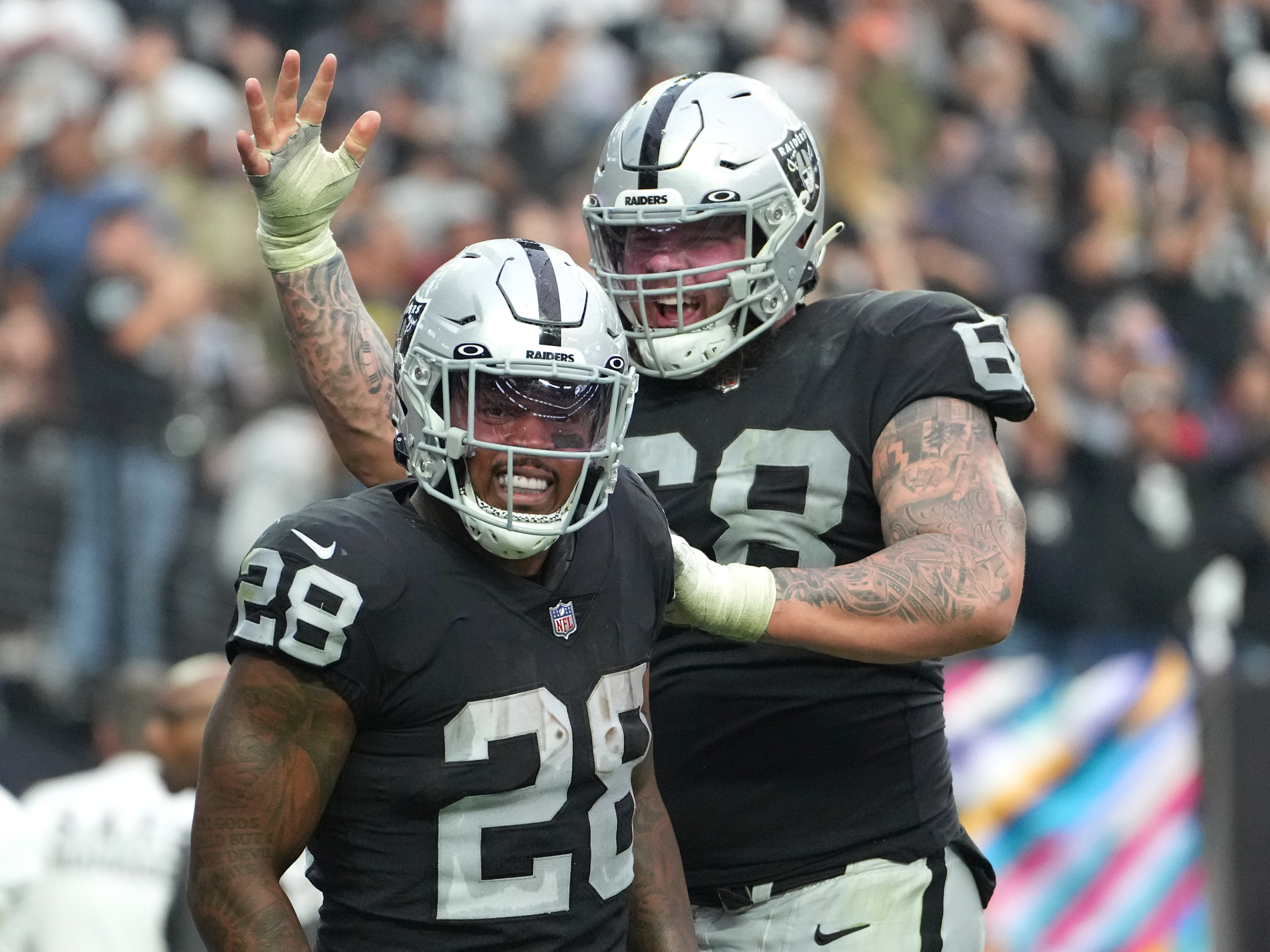 Thus far, Ferrell has shown that he can contribute on all three downs in Graham’s system. We already knew about his run-stopping ability, but his impact near the line of scrimmage is something that usually came and went under previous defensive coordinators.

Perhaps Ferrell can show a little more consistency as an interior pass-rusher with a decent workload. The Raiders certainly need it—they have the sixth-lowest pressure rate leaguewide at 18.6 percent.

If Ferrell and Farrell benefit most from Hankins’ departure, they would shore up an underwhelming rotation of interior defensive linemen. The former has the motivation of a contract year, and the latter could solidify himself as a starter before the end of the season. They’re not Suh and Payne (nor do they have to be), but we could see both of them shine in the remaining games of the 2022 campaign.