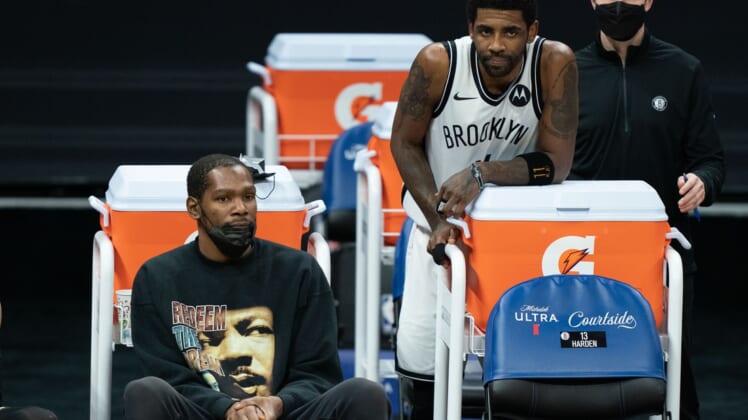 Kyrie Irving is apparently back in the lineup Friday night while Kevin Durant will be sitting out when the Brooklyn Nets host the Portland Trail Blazers.

Irving missed Thursday’s 130-113 road victory over the Indiana Pacers due to groin soreness. He wasn’t listed on the injury report the Nets released on Friday afternoon.

Durant, meantime, was in top form Thursday, scoring 42 points, but is being held out on the second end of a back-to-back. The Nets listed “injury management” as the reason. He matched his scoring season high and recorded 10 assists in 36 minutes of action in the rout of the Pacers.

Nets coach Steve Nash said after the game that he preferred Durant didn’t play against Portland. Durant recently dealt with a thigh injury in addition to the hamstring ailment that sidelined him for 23 games.