WATCH: Huge crash at Daytona 500 involving Kyle Busch and others 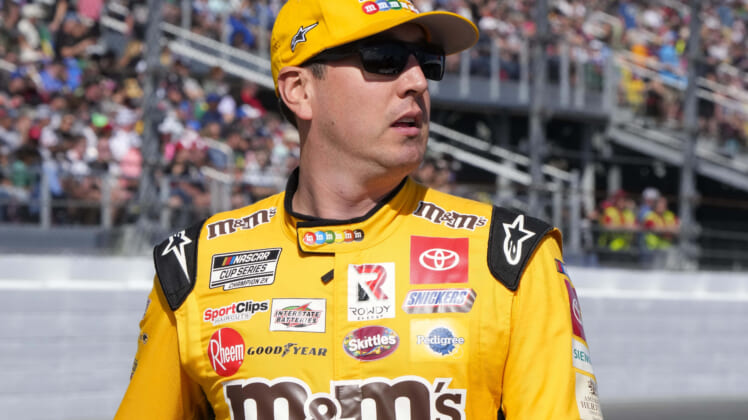 Kyle Busch was among those involved in a scary accident toward the end of stage one at the 64th running of the Daytona 500 on Sunday afternoon.

Harrison Burton was also among those involved in the accident with his No. 21 car flipping over. Said accident obviously drew a yellow flag, forcing many top-end contenders to pit road.

As you can see, William Byron was also involved in the crash.

This was a continuation of some major troubles early on at Daytona on Sunday. That included multiple drivers facing wheel issues throughout the early stages of The Great American Race on Fox.

In the end, Martin Truex Jr. won the first stage.

However, it’s all about the dramatic crash involving Kyle Busch and others as the NASCAR season really gets going.

Stay tuned here for more coverage of the Daytona 500 throughout the day.