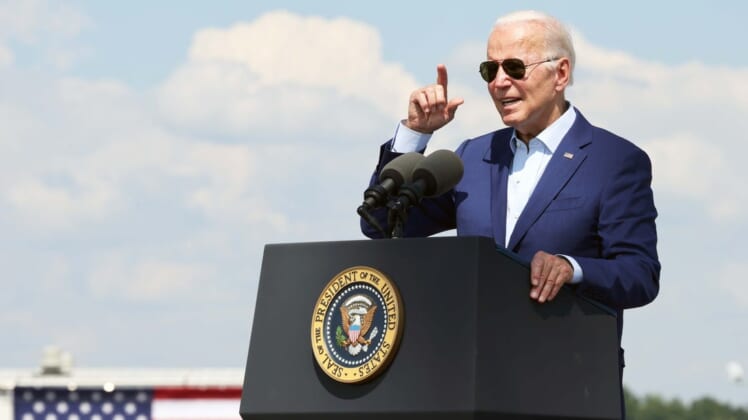 Negotiations between the United States and Russia involving a swap of prisoners, including detained WNBA All-Star Brittney Griner, must proceed in private and without fanfare, the Kremlin urged Thursday.

“We know that such issues are discussed without any such release of information,” Kremlin spokesman Dmitry Peskov said in a scheduled conference call. “Normally, the public learns about it when the agreements are already implemented.”

U.S. Secretary of State Anthony Blinken said the administration was working on a deal with Russia that would bring home Griner and another jailed American, Paul Whelan. Multiple reports indicate the deal would involve releasing convicted Russian arms dealer Viktor Bout in return for Russia releasing Whelan and Griner, whose trial for drug possession is ongoing.

Griner faces a 10-year sentence after security at a Moscow airport found cannabis oil in her luggage before a flight back to the United States in February. Griner plays in a professional league in Russia during the WNBA offseason.

“We proceed from the assumption that interests of both parties should be taken into account during the negotiations,” Zakharova said.