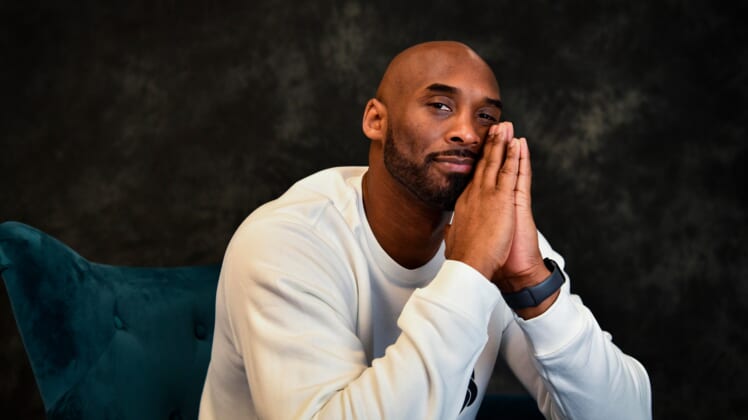 A renowned NBA sportswriter claims that league legend Kobe Bryant was often “miserable” and “frustrated” during his early years on the Los Angeles Lakers.

It is no secret that Bryant could be a bit difficult during his early days as a professional basketball player. That isn’t a shocking revelation considering he entered the NBA as an 18-year-old who was hyped as the next great superstar in the league. Bryant’s self-belief was serious and his desire to win was high even then.

It has been well-documented that Kobe Bryant and fellow NBA Hall-of-Famer Shaquille O’Neal had their issues over their eight seasons together. Despite their impressive success in making four trips to the finals and adding three more championships to the franchise’s total of 17, the duo could never build a lasting bond for the betterment of the team and Lakers fans.

During a Tuesday appearance on the “Black and Blue Pod” podcast, Roland Lazenby — a veteran NBA writer and author of several books on the league — explained that it wasn’t until Phil Jackson and assistant coach Tex Winter joined the franchise in 1999 that Bryant actually started to really enjoy his time playing in Los Angeles.

Bryant was “frustrated” by then-head coach Del Harris’ decision to make All-Star O’Neal the focus of the team. Harris’ choice to have “Shaq” as the centerpiece of the squad wasn’t anything shocking considering that O’Neal was a very high-priced acquisition and already a four-time All-Star before he landed in LA.

However, Bryant remained unhappy with what he perceived as a general lack of structure and organization within the Los Angeles Lakers organization over the first three seasons of his career. Of course, that changed with the addition of Jackson and Winter — a coach, Lazenby says he dreamed of being mentored by.

Bryant and O’Neal would eventually split up following the team’s loss in the 2004 NBA Finals. “The Diesel” would go on to win another championship with Dwayne Wade and the Miami Heat. While after a few seasons of NBA Playoffs struggles, Bryant would earn two more NBA titles to his resume.

Bryant tragically died in a helicopter crash in January of 2020. Nine people perished in the crash, including his 13-year-old daughter Gianna.