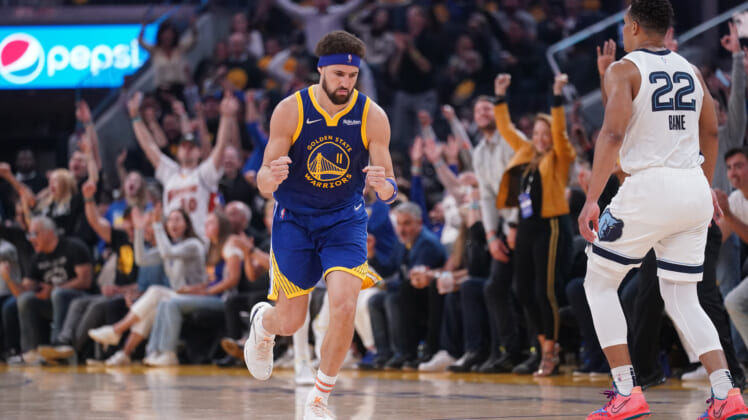 The Golden State Warriors are loaded with stars on a roster that runs deep with talent. In a Game 6 with the team leading the Memphis Grizzlies 3-2 in the Western Conference Semifinals, this time it was Klay Thompson who became the catalyst, helping send the Warriors to the next round.

Dillon Brooks did his best to show out, helping replace some of Ja Morant’s missing production as he recovers from a knee injury suffered in Game 4 with 30 points, hitting seven threes on 15 attempts. Desmond Bane chipped in 25 points, adding four threes of his own. But it was evident, they were missing Morant tonight as they sought a third weapon to keep up with the Splash Brothers.

In his nine seasons playing in the NBA, Klay Thompson has developed a reputation for dominant Game 6 performances.

Thompson has had 25 or more points in six of his last seven game 6’s. Tonight was simply the latest example, scoring 30 point with eight made threes on 14 attempts.

Curry did his part, with 29 points, adding seven treys and Andrew Wiggins was clutch, coming through with 18 points with 10 coming in the final frame. Wiggins even pulled in 10 rebounds, giving him a rare double-double to go along with Draymond Green’s 18-point, 16 rebound effort.

While Jordan Poole didn’t have his best game off the bench, hitting four out of 15 shots, luckily the team didn’t need his best tonight thanks to strong performances elsewhere.

Their Game 6 win eliminates the Grizzlies, pitting the Warriors for a matchup against the winner of the Suns/Mavericks matchup on Sunday.