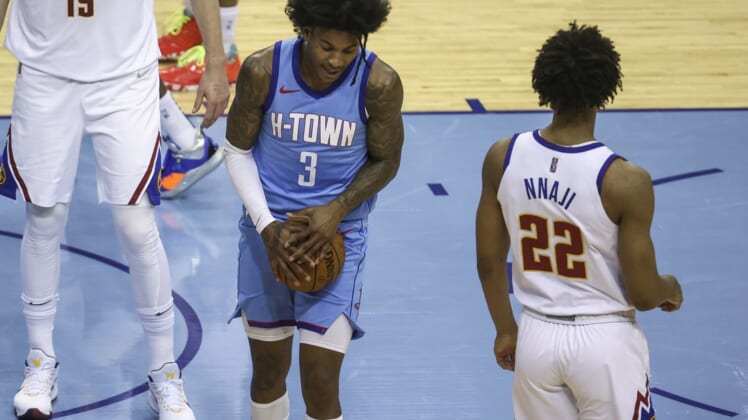 Guard Kevin Porter Jr. was held out of the Houston Rockets’ Wednesday night game against the visiting Utah Jazz due to COVID-19 health and safety protocols, with ESPN reporting that he violated the league’s pandemic-related rules during a visit to a Miami strip club that resulted in a serious injury to teammate Sterling Brown.

Brown also was inactive Wednesday, listed as out due to a sore left knee.

The ESPN story came on the same day another report by The Athletic offered details about the assault on Brown, which revealed the incident to be far more serious than first reported. Rockets players and coaches initially feared that Brown was in critical condition after the assault, but he has since recovered to the point that he was transferred from Miami to Houston.

Per The Athletic, Porter and Brown were among five Rockets players who went to the club despite league rules that prohibited them to do so. The team arrived in Miami late Sunday, and the group reportedly headed out around midnight ahead of a Monday night game against the Heat.

Some of the players in the group had left before Brown was assaulted, according to The Athletic. Brown reportedly got into the wrong van on his way out of the club, which led to a heated argument with occupants inside the van.

The confrontation became physical as the group reportedly jumped Brown, hitting him over the head with a bottle. He reportedly was badly bloodied, requiring a number of stitches for multiple facial injuries and undergoing tests to make sure that blood clotting did not take place.

“If he hadn’t been as physically strong and tough, he might not have made it out of the situation (Sunday) night,” a source said to The Athletic. “He could have died.”

Porter reportedly tried to intervene during the assault and also was roughed up, although he played Monday against the Heat, scoring 18 points.

Rockets coach Stephen Silas said Porter likely would be out until at least Sunday, while Brown’s absence is expected to be longer.

“The main thing for me is that (Brown) knows that we are 100 percent behind him and have his back and want him to get healthy soon, get back and get back with his teammates and all of those things,” Silas said.

Brown agreed to a settlement with the city of Milwaukee last year following a January 2018 arrest in which he alleged racial profiling and excessive force.