Warriors CEO: Kevin Durant No. 35 jersey is retired as long as I’m here 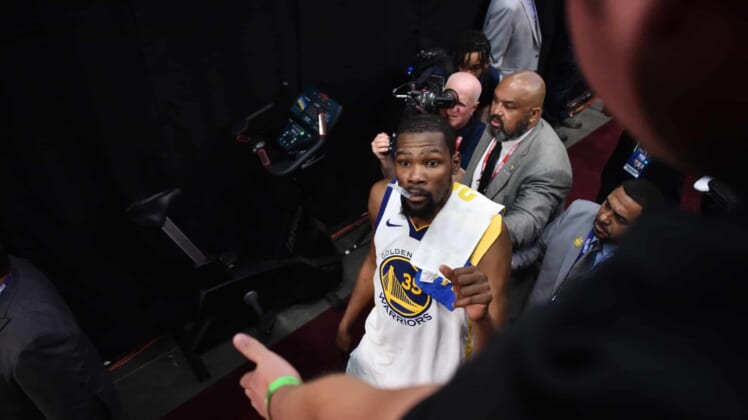 Kevin Durant reportedly feels the Golden State Warriors did not appreciate or respect him, but the organization is doing everything it can to change his mind.

Despite Durant agreeing to a max contract with the Brooklyn Nets, Warriors CEO Joe Lacob released a statement on Monday that shows just how much the Warriors do respect him — both as a person and a player.

Lacob wrote that “As long as I am Co-Chairman of this team, no player will ever wear #35 for the Warriors again.”

Lacob said Durant “carried himself with class and dignity both on and off the court.”

He also praised Durant for his “commitment to our community” while noting his philanthropic efforts earned Durant the NBA’s annual Community Assist Award.

In short, the Warriors CEO did everything in his power to ensure that Durant knows he was, and will continue to be, valued by the franchise. Whether that resonates with the star remains to be seen.