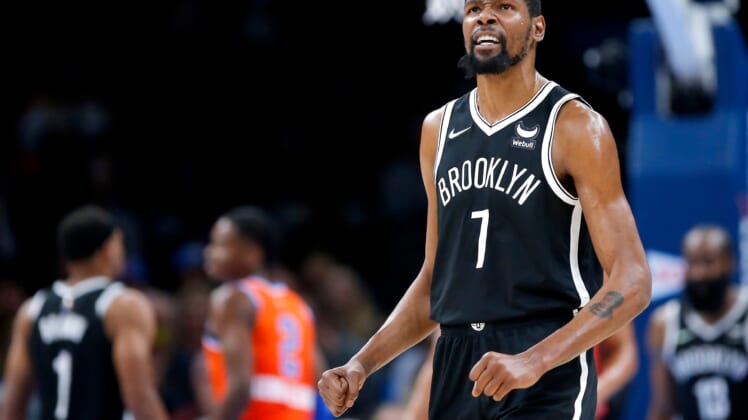 While Brooklyn Nets star Kevin Durant demanding a trade generates plenty of rumors and creates league-wide interest, NBA commissioner Adam Silver views it as another issue that must be addressed in the next collective-bargaining agreement.

Weeks before the NBA and NBA Players Association dove into serious discussions regarding a new CBA, one of the game’s biggest stars demanded a trade. Just a year after signing a $198 million extension, Durant wants out of Brooklyn.

It’s a recurring issue that has irked Silver for some time. Even in a league where player empowerment is a priority and the league wants its stars to be happy, the constant examples of NBA stars signing extensions only to demand a trade months later are bothering officials at the highest levels.

While Silver acknowledged that these situations are a two-way street and understanders there are conversations going on behind closed doors, he made it clear on Tuesday that he isn’t pleased with players requesting trades.

Adam Silver pushing to restrict player power in next CBA

All of this is coming at a crucial time for the league. NBA governors want the league to adopt changes in the next CBA, putting better enforcement in place that would encourage players to abide by the contracts they signed.

Silver has also made comments in the past about wanting players to honor their contracts. It’s something, per Brian Windhorst, that he is receiving growing support behind from team governors.

Any changes likely wouldn’t impact Durant, who will presumably be traded before new rules are put in place. However, any changes made to the CBA could be a crucial step toward reducing the number of player-forced blockbuster trades. If that happens, free agency could explode again with stars signing shorter contracts to test the open market earlier.