It was an expected move that took curiously long, but Kawhi Leonard is, in fact, returning to the Los Angeles Clippers.

Chris Haynes of Yahoo Sports reported that Leonard is still working out the terms of his new contract, but that he’ll remain in a Clippers jersey:

Unfortunately, it’s unclear when Leonard will return to the court after he was injured in the NBA playoffs. The 30-year-old veteran already underwent surgery to repair a partially torn ACL, leaving his status for this coming season in doubt.

Between the shocking injury, the decision to hit free agency and Leonard’s generally quiet demeanor, there was no telling where this offseason was headed. Clippers fans can breathe a sigh of relief that their biggest superstar is still in the fold, but probably can’t expect him back until the playoffs.

Although Los Angeles wound up advancing to the Conference Finals for the first time in franchise history and closed out the top-seeded Utah Jazz in the West semis despite not having Leonard for the last two games, it’ll be a tall task to go that deep again. 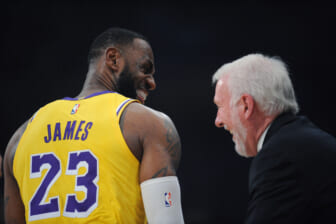 Leonard already practices “load management” during the regular season as it is, so he’s bound to be ultra conservative as he rehabs his injury and prepares for a return to the hardwood. Meanwhile, it’ll fall largely on Paul George to navigate the gauntlet of the Western Conference until Leonard comes back.

Reggie Jackson also agreed to return to the Clips on Friday on a two-year contract, and the team is bringing back Serge Ibaka as well. If Jackson plays like he did in the postseason, perhaps Los Angeles can still earn a decent playoff seeding in 2021-22.