Kawhi Leonard knee injury likely to sideline him for Game 5 vs. Phoenix Suns

The Los Angeles Clippers are on the brink of elimination in the Western Conference finals and the latest Kawhi Leonard injury update indicates he won’t be returning anytime soon.

Leonard suffered a knee injury in Game 4 of the Western Conference semifinals when he landed awkwardly on his right leg and was forced to sit out for the closing minutes of the fourth quarter. After initially being ruled out for Game 5, concern turned to panic in Los Angeles with the Clippers fearing he suffered an ACL injury.

While the Clippers managed to close out the series, Leonard was quickly ruled out for Game 1 against the Phoenix Suns. The team has gone on to rule him out for Game 2, Game 3 and Game 4 well in advance of each Western Conference finals matchup. 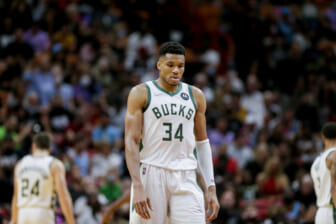 Coming off Saturday’s devastating loss and heading to Phoenix, it seems the Clippers are once again preparing to be without their best player.

‘Still no definitive word but sources have informed me that it’s highly unlikely that Kawhi travels with the team to Phoenix. I was told that with the flying, the elevation wouldn’t be good for his knee.”

Facing a 3-1 deficit in the series, Los Angeles already faced long odds to pull off a dramatic comeback. Chris Paul hasn’t been sharp since his return and Devin Booker is shooting 30.5% from the field over his last three games. But it’s the Clippers who will be fighting for their lives on Monday night. 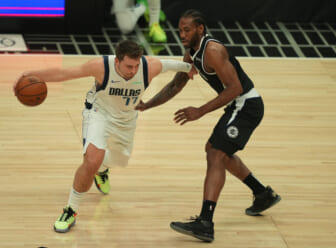 Will the Clippers win Game 5 without Kawhi Leonard?

Leonard’s injury has had a huge impact on Los Angeles. Not only did this team lose its closer and someone who could create his own shot, but it lost one of the best defenders in the NBA. But it’s also not the only issue the Clippers have right now.

While Suns center DeAndre Ayton has really emerged in the NBA Playoffs, the 22-year-old is taking his game to another level against Los Angeles. The Clippers found ways to exploit Utah Jazz center Rudy Gobert, who is limited offensively and got exposed defensively. But this team is now dealing with an entirely different force.

Ayton is the one carrying the Suns to victories right now, giving Paul and Booker time to work through the Clippers’ aggressive defense and early struggles. With the Suns returning to Phoenix, the stadium will be packed with a raucous atmosphere because an NBA Finals trip is on the line.

With Kawhi Leonard likely out, there’s no reason to bet on the Clippers to prolong this series. The Suns are four quarters away from a historic moment and the Clippers will be facing long-term concerns about Leonard’s knee.