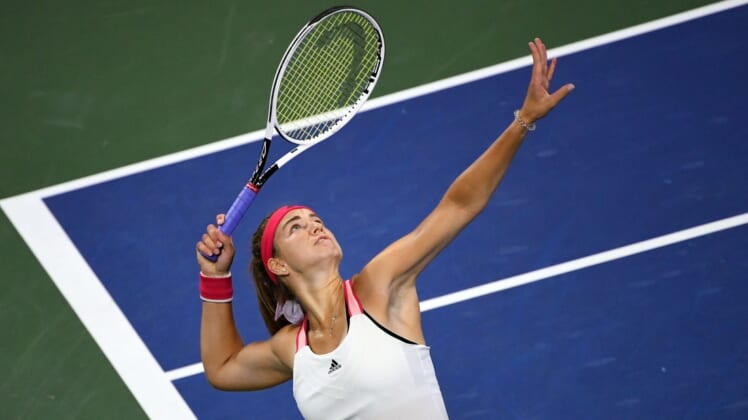 Down a set and a break to the world’s top-ranked player, Karolina Muchova rallied for the win of her life Wednesday.

The 25th-seeded Czech player upset top-seeded Ashleigh Barty of Australia 1-6, 6-3, 6-2 to advance to the semifinals of the Australian Open in Melbourne.

Muchova’s semifinal opponent will be No. 22 Jennifer Brady, who got past fellow American Jessica Pegula 4-6, 6-2, 6-1 in the last quarterfinal match.

The other semifinal on Thursday (Australia time) will see No. 10 Serena Williams of the United States oppose No. 3 Naomi Osaka of Japan.

Muchova, 24, got past the third round of a major only twice previously, when she reached the quarterfinals at Wimbledon in 2019 and the fourth round at last year’s U.S. Open. Brady, a 25-year-old Pennsylvania native who never reached the semifinals of a Grand Slam event before last summer, is through the final four of a second consecutive major. She reached the semis at the 2020 U.S. Open.

Barty jumped out to a 6-1, 2-0 lead before Muchova took a lengthy injury timeout. Momentum changed soon after play resumed, as Muchova broke serve for 2-2, then got another service break in the eighth game before closing out the set with a hold at love.

“I started to feel a bit lost by the end of the first set,” Muchova said post-match. “Ash started very good, making no mistakes, so it was very tough. My head was spinning, so I took a break. They checked my blood pressure and cooled me down a bit with ice.”

Brady produced a similar comeback, thanks in part to Pegula losing form on her serve. Pegula, the 26-year-old daughter of the owners of the Buffalo Bills and Buffalo Sabres, held serve on just one of her seven service games over the final two sets.

“I think I felt really good out there physically,” Brady said. “I could maybe see on the other side of the net, maybe Jess was a little bit tired there. That definitely helped me mentally.

“It just gave me a little bit more confidence knowing that I’m doing pretty good, maybe she’s a little bit tired, now is my chance to really step up here and take advantage of that.”