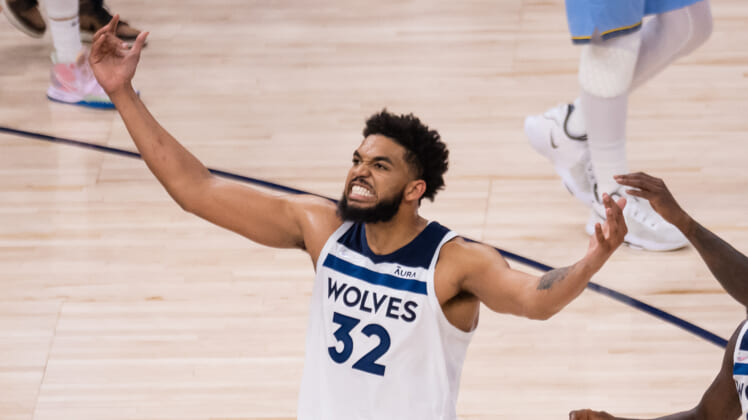 As soon as the clock struck midnight on the east coast, the Minnesota Timberwolves and Karl-Anthony Towns agreed to a four-year, max-level contract extension worth $224 million. There was never any question as to whether KAT would get the max from the Wolves, as both the player and the organization have been equally loyal all along. Maybe this was a simple formality, but it’s an important one for both parties.

Since becoming the first overall pick in the 2015 NBA Draft, Karl-Anthony Towns has become the face of the Minnesota Timberwolves franchise. Sure, an argument could be made that Anthony Edwards is carving his face on Mount Rushmore as well, but Towns has been the alpha Wolf for much longer in the North Star state.

Towns has made it to three All-Star teams, making the All-NBA team twice, which is what helped make him eligible for this level of contract. He’s also helped the Wolves reach the playoffs twice, but now the team’s core appears set for several more postseason appearances, especially with Towns sticking around for a long time.

Some have lauded Towns for getting into too much foul trouble, not being a tough enough defender, and these sleights are fair. But on the other hand, he’s one of the most-gifted offensive players in the game, and certainly one of the most skilled bigs in basketball. They may not like giving KAT his flowers often, but he’s been putting in the work to possibly end up in the Hall of Fame someday.

For the Timberwolves, they have secured a strong future, one that upcoming free agents will likely be enticed to join, even if it’s not the superstars of the game. But a future built around Ant and KAT suddenly gives the Land of 10,000 Lakes a brighter horizon than ever, and it all started with Towns.

Related: Minnesota Timberwolves sign Kyle Anderson: One trade they should make next