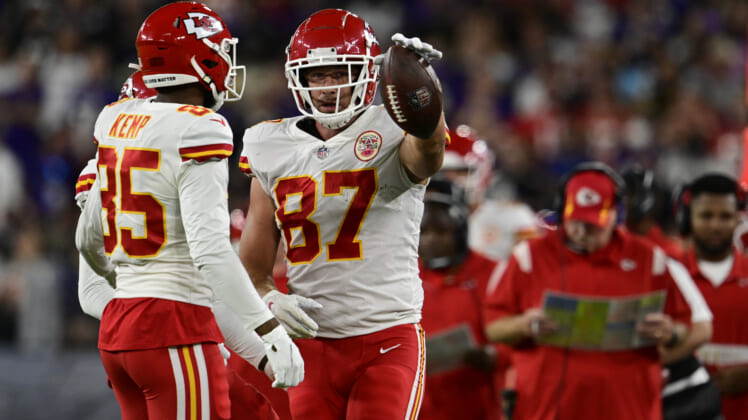 It’s no secret that Kansas City Chiefs tight end Travis Kelce is among the best players at his position in the NFL. A six-time Pro Bowler, he’s coming off five consecutive 1,000-yard seasons.

Kelce also scored two touchdowns in the Chiefs’ season-opening win over the Cleveland Browns back in Week 1.

Held pretty much in check through the first two-plus quarters of Kansas City’s Week 2 outing against the Baltimore Ravens, Travis Kelce broke out big time midway through the third quarter.

With the Chiefs up 28-24 in Baltimore, Kelce put up one of the best touchdowns of the young NFL season.

A tight end is not supposed to catch the ball 44 yards from the end zone and pretty much run through the entire defense for a score.

Whether it’s breaking tackles, outrunning Ravens defenders, leaping through other defensive players or bullying his way into the end zone, Travis Kelce did pretty much everything here. The end result was a 46-yard touchdown and an 11-point Chiefs lead.

As for the Ravens, this represented the second time in the third quarter alone that their defense was humiliated by the Chiefs’ offense.