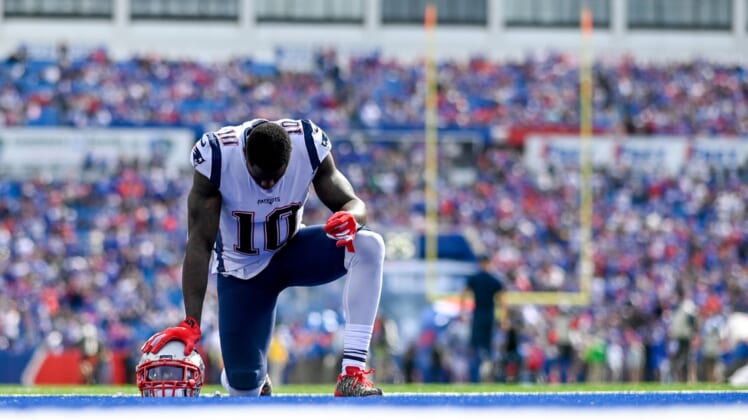 Gordon responded to news of his imminent deal with the AFC championship with a Twitter emoji all but confirming the pact, which comes one day after Kansas City lost to the Los Angeles Chargers to fall to 1-2 this season.

“Time to get to work (dartboard emoji) @ Chiefs,” Gordon posted.

Gordon joins a wide receiver group led by Tyreek Hill but without a clearly defined pecking order among the other receivers. Mecole Hardman had three catches and a touchdown on Sunday but hasn’t been as involved as projected following the departure of Sammy Watkins (Baltimore Ravens).

Gordon, 30, is vaccinated against COVID-19 and said to be ready to play. He has been subject to random drug testing.

“We are grateful that the NFL appreciates the work that Josh put in and now he has earned another opportunity to be part of this league, said Zac Hiller, Gordon’s new agent, to ESPN. “We are proud of Josh, and I know all the fans can’t wait to see him on Sundays.”

While with the Seattle Seahawks in December 2019, Gordon was given an indefinite suspension for substance abuse and performance-enhancing substance violations.

It marked Gordon’s sixth suspension since the 2013 season.

A subsequent reinstatement in December 2020 lasted only a month — with no on-field appearances — and was rescinded in January 2021.

ESPN’s report said Gordon had a setback in his recovery.

Gordon entered the league in the 2012 supplemental draft, selected in the second round — No. 1 overall — by the Browns. He played in Cleveland until 2018 — he missed 2015-16 due to suspension — then played parts of 2018-19 with the New England Patriots before moving on to Seattle.