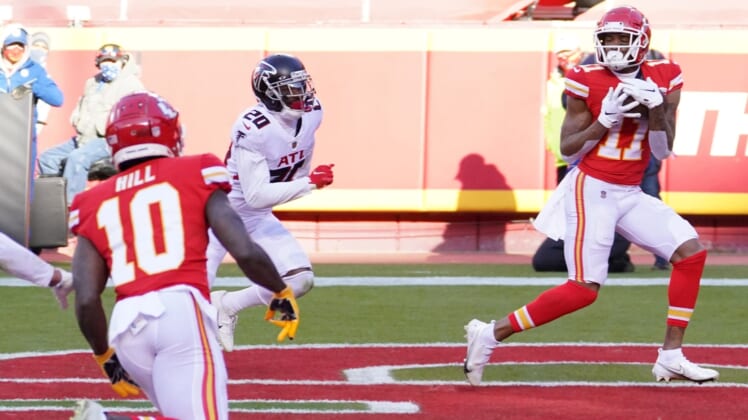 Neither player is believed to have tested positive but must enter a five-day quarantine that would allow them to be eligible to play in the Super Bowl on Sunday night at Tampa, Fla.

“They’ll work through it,” Chiefs head coach Andy Reid said Monday as he prepares his team for a matchup with the Tampa Bay Buccaneers.

A quarantine for close contact would be lifted in time for both players to join the Chiefs on the team charter flight to Florida the day before Super Bowl LV, provided each player tests negative throughout the week. One positive daily test would rule out the possibility of either player rejoining the team in time for the game.

Robinson was a useful part of the team’s wide receiver corps with 45 catches for 466 yards and three touchdowns in the regular season. But he has just one reception for 14 yards on three targets in two playoff games.

Kilgore is a reserve guard and center and started four games this season. Because of his versatility and experience, he is a key player who would be active on Sunday.