The Kansas City Chiefs activated safety Tyrann Mathieu from the reserve/COVID-19 list on Saturday in advance of Sunday’s season opener at home against the Cleveland Browns.

Mathieu has been out of action for a week, with the team still monitoring his fitness to see how much he will be used against the Browns, according to an NFL Network report.

Mathieu, 29, started all 15 games he played in 2021 — the first time in the past four seasons he missed a regular-season game. He was named a first-team All-Pro last season after intercepting two passes, recovering one fumble and making 62 tackles. He returned one of the interceptions for a touchdown. 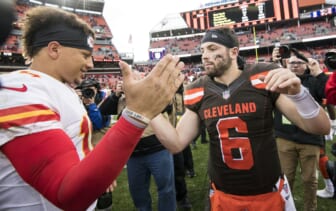 In eight seasons with the Arizona Cardinals, Houston Texans and Chiefs, Mathieu has started 104 of his 113 games played with 23 interceptions, four forced fumbles, three fumble recoveries and an average of 66.8 tackles per season.